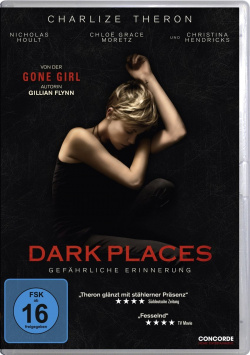 Film: Libby Day (Charlize Theron) was still a little girl when her mother Patty (Christina Hendricks) and her two sisters were brutally murdered. Libby's testimony took her brother Ben (Tye Sheridan) to prison. The case became a media spectacle and the little girl received the compassion of an entire country, expressed in numerous donations that Libby could live off for a long time. Well, 30 years later, interest in the case has waned. Libby's book is no longer profitable and the donations have long since been used up. So Libby reluctantly agrees when young Lyle Wirth (Nicholas Hoult) offers her $500 for helping a small community of amateur investigators reopen the case. The group around Lyle is convinced that Ben (Corey Stoll) is innocent. And so Libby forces herself to ask the question that she has successfully suppressed for 30 years: What really happened on that horrible night? Is your brother really not the killer? But she has no idea that the truth can still be extremely dangerous even after 30 years…

The thriller drama "Dark Places" is based on the novel of the same name by bestselling author Gillian Flynn ("Gone Girl"). The director was Gilles Paquet-Brenner, who already proved a knack for quiet, yet extremely intense tension cinema with "Sarah's Schlüssel". With a great ensemble and atmospheric images Paquet-Brenner spins on two time levels a dense web of lies, fear and passion, which can reach a very high level of tension in some moments. But all in all the movie suffers from the fact that the story is told a little bit too slow and is too long with subplots, without really bringing the story forward.

There's no question that it's precisely the retrospections that suggest that young Ben has been seduced into this cruel act by his love for Diondra (Chloe Grace Moretz) that are very well played and show in a thrilling way how the boy is unintentionally drawn into a spiral of lies, Satanism and manipulation and that his motivation is actually a very responsible one. However, at some point these flashbacks just seem a bit tenacious and step on the spot dramaturgically, so that despite the atmospherically very dense staging there is a little bit of boredom here and there.

The final is unfortunately not intense enough to tear something out. On the contrary: the somewhat too careful tension building seems to dissolve too easily at the end, which is already disappointing. Still: Even though "Dark Places" isn't a great thriller, it's still a good drama in the end, that lives on strong actors and a thrillingly sad visual language. Paquet-Brenner has staged a dark play about coming to terms with the past, guilt and forgiveness, which is only just far away from being able to keep what the interesting premise promises. And for that there is another good one: Worth seeing!

image + sound: Picture and sound quality of the DVD are on a good level. The visual realization pleases with a tidy overall sharpness and a very atmospheric coloring. Since the black values and contrasts are also well balanced, the gloomy mood of the pictures can unfold fully, especially in the second half of the film. The Dolby Digital 5.1 mix is primarily dominated by dialogues and is rather unspectacular overall. In some scenes, however, targeted surround effects provide a little dynamic in the multichannel range. Here, the DTS track, which is also present, shows a little bit more force. Good.

Extras: In addition to the trailer and program tips, the DVD also has some promo interviews to offer (approx. 25:30 min.), but in which you can also learn some interesting information about the adaptation of the novel and the shooting.

Fazit: "Dark Places" is a very well played thriller drama that has been intensively staged over long distances, but also has to struggle with some lengths and a weak finale. Nonetheless, the movie is worth seeing just because of the good actors and the engaging atmosphere. The DVD transports these very well into the home cinema. As a bonus the disc has some quite interesting interviews to offer. Altogether there is a decent one for it: Recommended!