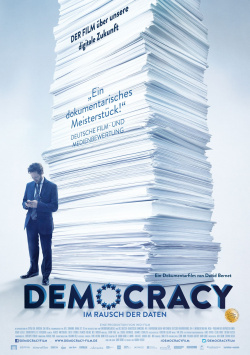 Democracy - In the frenzy of data

Not only since the revelations of Edward Snowden it should have become clear to the last one that the World Wide Web has long since turned its users into transparent people. We are now online in almost all areas of our everyday life. Whether for fitness, watching TV or even brushing our teeth - there is an app, a USB port or other gimmicks for everything that should make our life easier at first glance, but at second glance make it possible to monitor every single step completely. Since for most people a life without smartphone, smart TV and Internet is no longer conceivable, a certain protection of privacy must of course also be possible on the Web. That is a logical consequence in itself. Too stupid that information about users, their buying and surfing behaviour is an extremely lucrative commodity in which powerful business groups are very interested.

Can the protection of the individual and the power of lobbyists, privacy and business interests be reconciled? In recent years the conservative EU Commissioner Viviane Reding and the Green MEP Jan Philipp Albrecht (MEP) have experienced how difficult this is. Their task was to initiate a European data protection law that would protect all forms of data transfer. They were accompanied by filmmaker David Bernet, who captured the struggle for security on the Net in his documentary "Democracy - Im Rausch der Daten". Albrecht was elected by the European Parliament as the negotiator for this legislative process, which makes him an extremely exciting protagonist. For that is not a politician who is particularly friendly to industry, but a young, idealistic politician for whom civil rights are more important than the interests of the lobbyists, who leads the negotiations as "rapporteur", is a small sensation and makes conflicts almost inevitable.

The film shows very impressively how much effort is required to create a legal text, how much controversy there is over the smallest formulations and how much of one's own ideals one has to give up in order to finally reach a satisfactory compromise. Bernet allows representatives of the most different views to have their say: Net activists who see technological development as a never-ending attack on civil rights and lobbyists who are convinced that Big Data can make the world a better place. The result is an exciting dispute that can be continued by the viewers after the end of the film.

The problem with the documentary is that it follows a process that is tedious, unwieldy, objective, dry and also extremely frustrating. To be able to look behind the scenes of the European Parliament and follow the many facets of a law-making process is interesting in a way, but it is not necessarily the stuff that exciting cinema entertainment is made of. Those interested in politics should definitely watch the film, as it impressively shows how important compromises can be, even if they sometimes hurt. But it is also enough to wait for the home cinema exploitation or the TV broadcast of the film, which was produced in cooperation with ARTE, SWR and Norddeutscher Rundfunk. Therefore applies: Exciting and important topic, very factual and therefore also very dryly converted and therefore only for really interested spectators worth seeing!