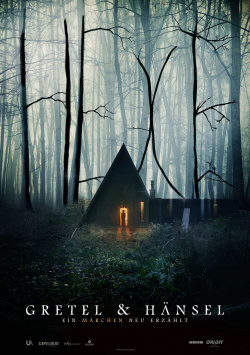 This story will sound familiar to you: The siblings Gretel (Sophia Lillis) and Hansel (Samuel J. Leakey) had to leave their parents' house and are wandering through the dark forest in a desperate search for food and shelter. There they come across a house where an old, friendly lady (Alice Krige) lives. She takes in the two children and gives them delicious treats to eat. But while Hansel feels like in paradise, Gretel begins to doubt it. Mysterious noises and apparitions in the house make the girl suspect that something abysmal evil lurks behind the friendly facade of the house and its inhabitant.</With "Gretel &amp; Hansel", director Oz Perkins has transformed the well-known fairy tale of the Brothers Grimm into a dark mystery-horror film, which can be attested to a very special atmosphere. Artful images of demonic horror captivate the viewer here more than once. There is something fascinating about watching Gretel - played by Sophie Lillis, who is known from "It" and the Netflix series "I am not okay with this" - being driven more and more insane by strange apparitions. This is especially effective when Perkins focuses on subtlety.</p>

The aspect around the story of the "witch" is also quite interesting due to Perkins' reinterpretation. That could have been really good, also in connection with the finale. But unfortunately, Perkins is always in his own way with his efforts to stage a horror film that is as artistically valuable as possible. The visual language is great, but dramaturgically too often there is a lot of tedious long-windedness dominating the events. Perkins relies too much on the admittedly successful atmosphere his pictures build up, but he also forgets to combine it with a story that carries the film over its rather short running time.

And this is exactly where the problem lies. With just 87 minutes "Gretel & Hänsel" still seems to be much too long. If Oz Perkins had not only tweaked the artistic aspect of his production but also the entertainment value, which could have been increased by a little more tempo and a little less symbolism pregnant with meaning, his adaptation of the fairy tale would have had what it takes to become a small genre classic. Because the approaches Perkins takes here are really good. Unfortunately, only during the execution some things went wrong, so that in the end it's only enough for a "worth seeing with some limitations".