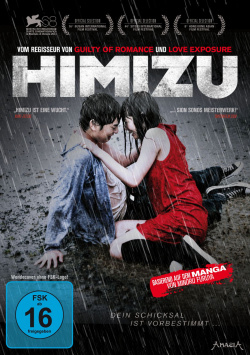 Film: Tokyo, after the big tsunami: everywhere in the metropolis people have to struggle with the following catastrophe. So does 14-year-old Yuichi (Shota Sometani), who is neglected by his parents and has to make sure that the small boat rental of the family brings some money into the household budget. Around the boat rental a few people who became homeless due to the tsunami have settled and become a kind of substitute family for Yuichi. And also his classmate Keiko (Fumi Nikaidou), who has been adoring Yuichi for a long time, would like to take care of the boy. But he is a loner who does not want to take advantage of the help of other people. Through his impassive mother, who simply disappears with a wealthy man, his violent father, who keeps telling him that life is better without him, and finally through the catastrophe that has shaken his country, Yuichi has completely given up faith in good and hope for a better future. When his father gets into debt with the gangster Kaneko (Denden) and Yuichi is supposed to stand for it, the darkness threatens to swallow the boy for good...

"Himizu" is a dark drama, which in mainly gloomy pictures creates a dreary, almost post-apocalyptic world, in which a boy doesn't have much to expect from life anymore, even though it has only just begun for him. Yuichi doesn't want more than earning enough money to be neither really happy nor totally unhappy. He doesn't want to attract attention, wants to crawl into his own little world. He prefers to be a Himizu - a mole. Yuichi can't see that there are little glimmers of hope around him because of the behavior of his parents. After his mother leaves him, his father repeatedly beats and humiliates him, the boy simply can't believe in the good any more.

This is the starting point for director Sion Sono's adaptation of Minoru Furuya's manga, which runs the risk of pulling the viewer down too much and killing him with the disturbing heaviness of the story. But he counteracts this by allowing little glimmers of hope to shine through the tristesse again and again. There is, for example, the small community that has formed around the boat rental. Although these people have lost everything and from now on have to live in small huts built provisionally out of plastic tarpaulins, they hold together in need and also show a certain joy in life. And also Keiko tries again and again to free Yuichi from his dark emptiness with her seemingly boundless optimism.

The sometimes a little bit over-excited play of the actors and the not exactly subtly presented hysteria are sometimes a little exhausting, which makes the movie a bit bulky here and there - at least for viewers who aren't so familiar with Asian cinema. But all in all "Himizu" is an extremely strong, profound and stirring movie, which hides a fascinating beauty under its dramaturgical heaviness, which is hard to resist. Not an easy film enjoyment (especially since the film can only be watched in the Japanese original with German subtitles), but definitely one that is worth it. Worth seeing!

Picture + sound: The clean picture of the DVD has an atmospheric colouring and a good overall sharpness, which, however, shows small weaknesses in the contrasts and in the details in the numerous darker scenes here and there. The sound, which is only present in the Japanese original, is largely mixed in a restrained manner. In addition to the restrained music and the centrally mixed dialogues, there are a few smaller sound effects that also make some use of the surround channels. Good!

Extras: As a bonus the DVD has a very detailed Making of to offer beside the trailer, which offers a very comprehensive view behind the scenes in scarcely 73 minutes, whereby the Promo character keeps itself pleasantly within limits. You can optionally add German subtitles to the documentary.

Fazit: "Himizu" is a very dark drama with almost apocalyptic traits, but in all its darkness it leaves room for a glimmer of hope at the end. The sometimes exaggerated hysterical play of some actors and the fact that the film is only available in the Japanese original in Germany makes the filming of Minoru Furuya's manga more accessible to a small target group. However, they get a very intense movie on a good DVD, which also has a very worth seeing Making of ready. Recommended