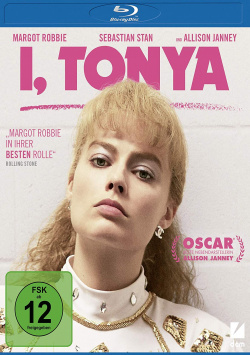 Film: She was only the great Olympic hope for the USA: Tonya Harding (Margot Robbie), who was the first American to manage to put two triple axes on ice. But you could always tell that Harding came from very simple backgrounds. Unlike her big rival Nancy Kerrigan, a vibrant Disney princess and Everybody's darling. Kerrigan was a more fitting figurehead for the USA and should therefore represent the country at the Olympic Games. But after an assassination attempt with an iron bar the way was clear for Tonya Harding - until the suspicion arose that she had something to do with the cowardly attack on her rival…

"I, Tonya" creates a little trick: The film actually tells a very tragic story. It is the portrait of a young woman who was blessed with a great talent, but who was repeatedly pushed down by her domineering mother (rightly Oscar-winning: Allison Janney), a violent husband (Sebastian Stan) and the public biased by her social background. She tried to escape the limits imposed on her, but even that was not granted her. And suddenly she was involved in a scandal that made her the most hated woman in America. Perhaps she could have restored her reputation had it not been for the even bigger scandal surrounding Bill Clinton and his interns. So Tonya Harding is always remembered as the woman with the iron rod (even if she didn't hit it against Nancy Kerrigan's knee herself).

No fabric for feel-good cinema. But director Craig Gillespie resists the temptation to turn this story into a difficult drama. Rather, he tells them with sometimes very bitter humor, whereby the laughter often gets stuck in the viewer's throat. Partly structured like a documentary in which the protagonists address the audience directly, the story becomes a cynical farce without the protagonists being ridiculed. On the contrary: Tonya Harding is a very tragic character, who is given far more facets by this humorous approach than she was granted before.

The film is primarily carried by very strong actresses. Margot Robbie is just great in the title role. But just as in real life Harding stood on the ice in the shadow of Nancy Kerrigan despite outstanding performances, Margot Robbie has to give a lot of attention to Allison Janney, who as her rough mother with a bitter tongue clearly delivers the most memorable performance of the film - and was promptly rewarded with almost every film award.

"I, Tonya" is a humorous drama, well played, well written and staged. Gillespie manages the difficult balancing act between gallant humor and credible seriousness, which raises the film well above the average of other film portraits. Those who like more sophisticated entertainment cinema from the USA should not miss this work. Absolutely worth seeing!

image + sound: The image captures with a very good overall sharpness and a slightly reduced coloring the somewhat dreary 80s atmosphere of the story very well. The DTS-HD Master Audio 5.1 Mix primarily transports the dialogues out of the speakers in a pleasantly powerful way. But also some harmonious sound effects and the soundtrack make sure that the surround channels come alive again and again. Good.

Extras: In Sahen bonus material the disc disappoints a little bit. The only bonus worth mentioning is a short promo-making of (approx. 14 min.), in which the true background and intentions of the scriptwriter and director are dealt with. The trailer and other program tips are also available.

Fazit: "I, Tonya" manages the trick of telling a tragic story in an entertaining, humorous and pleasantly multi-layered way - carried by really great actors. The Blu-ray presents the critic and audience favourite in good picture and sound quality, only the bonus material turns out a bit meager. Nevertheless, it is quite clearly enough overall for one: absolutely recommended!