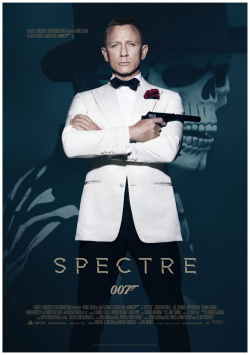 James Bond (Daniel Craig) is back! But not for long, when it goes to Max Denbigh (Andrew Scott), the new head of the Centre for National Security. He wants to mothball the antiquated 00 program as quickly as possible and replace it with a supposedly more efficient computer and drone program. The fact that Bond has destroyed an entire block of flats during a mission in Mexico City is very convenient for him. But although he is withdrawn from active duty by the new M (Ralph Fiennes), Bond continues to investigate on his own. Because he's tracked down a mysterious organization called SPECTRE. Via Rome, where he can subvert a secret meeting of the organization, Bond finds his way to his old adversary Mr. White (Jesper Christensen), who reveals to him that his daughter Madeleine Swann (Lea Seydoux) could be the key to the destruction of SPECTRE. With his very special charm, Bond succeeds in making contact with Madeleine, unaware of the danger he puts himself and the young woman in. Because the actual enemy he's dealing with is far more powerful and dangerous than he thought…

"Spectre" has the thankless fate of being the successor of the "Skyfall", the most successful Bond film ever, acclaimed by fans and critics alike. There was no question that the expectations of the audience would be extremely high. To be on the safe side, Sam Mendes was again hired to direct the film and the script writers of the predecessor were brought on board again. The story was supposed to spectacularly conclude the story that started with Daniel Craig's debut "Casino Royale". And of course the whole thing should become even more exciting, bigger and more thrilling than ever before. The opening sequence in Mexico City makes it clear that this is the big problem of "Spectre". The scene begins great with a single long tracking shot, which culminates in the destruction of a house and an extremely cool and amusing departure of Bond from the ruins. Until then, this is a great sequence that offers everything a fan would expect from a Bond movie. But then the "higher-faster-wider" motto of the makers takes hold and the whole thing ends with a badly overdrawn helicopter sequence, which is just a bit too much of a good thing.

And that's exactly the problem: "Spectre" just wants too much and can't reach the class of "Skyfall" and "Casino Royale". But besides some unnecessary lengths and exaggerated sequences the movie also has many excellent moments of tension, convincing action scenes and pleasantly dry humor to offer, so that it is clearly superior to the rather weak "Quantum of Solace". Especially the interaction with M and Q, a chase through Rome or the explosive finale have a very high entertainment value. In some moments Sam Mendes also manages very well to spread the classic bond feeling that the last movies lacked a little bit.

On the other hand, the movie fails completely in two important aspects. There would be Lea Seydoux, who could still convince in "Mission: Impossible - Phantom Protokoll" as an ice-cold killer all along the line. As Bond-Girl she looks much too young and surprisingly pale. Between her and Daniel Craig the spark simply doesn't want to jump over, which Monica Bellucci can't compensate with her fiery short appearance. But the biggest shortcoming of the film is the villain. Christoph Waltz once again plays very well and his character is really a worthy opponent for James Bond. Unfortunately, his connection to 007 is not subtly prepared. And his great secret is then presented almost anticlimactically. This is a pity in so far as this revelation would have had great potential for surprise. The fact that Mendes leaves this completely unused and fob fans off with this information in passing is probably the movie's biggest disappointment.

No question, "Spectre" is a good, but not an outstanding bond. It offers a lot of good entertainment, but unfortunately also some lengths and leaves a lot of potential unused. Nevertheless, it offers a satisfactory conclusion to the cross-film plot begun with "Casino Royale" and brings all loose threads together to a harmonious end. If this would actually be Daniel Craig's last performance as 007, it would be a round and worthy farewell. At the same time, however, the end also offers the opportunity to continue the story in an extremely dramatic way - those who are familiar with Bond will know what I mean in the end. And so the bottom line is: with reduced expectations and small restrictions a must for all 007 fans and therefore also: Absolutely worth seeing!