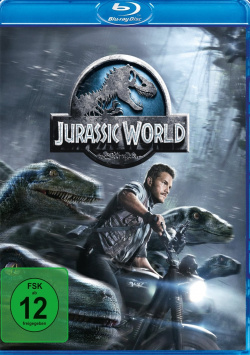 Film: The Dinosaurs are back! Fourteen years after the somewhat disappointing third part of Steven Spielberg's Dino saga, the prehistoric attraction on Isla Nublar is finally open to the general public. And as hoped, the spectators come in masses. At least whenever the park has a new attraction to offer. Because even a gigantic T-Rex or dangerous raptors are only real crowd-pullers for a certain period of time. Therefore, the team around park manager Claire (Bryce Dallas Howard) is under enormous pressure from the owner Masrani (Irrfahn Kahn) and the shareholders. In order to meet their requirements, a completely new dinosaur hybrid is being bred, which is expected to attract new crowds to Jurassic Park in just a few months. With the help of Owen (Chris Pratt), who has shown very successful work with Raptors, the perfect enclosure for the new attraction will be created. But the new, extremely dangerous dinosaur has escaped his prison and is making his way across the bloody island, directly towards the park and its visitors…

"Jurassic World" is only the second feature film by Colin Trevorrow, who has received a lot of positive reviews and awards for his little time travel comedy "Journey of Love" (OT: Safety not guaranteed). The $150 million Dino Sause is notable in some scenes that Trevorrow is by no means as experienced a master as Steven Spielberg. Nevertheless, it was a good decision by those responsible to make a fresh, unspent restart of the successful series possible through the choice of a rather inexperienced director.

If Trevorrow lets the dinosaurs loose on the audience, then this project was also quite successful. The mixture of computer and classic animatronics effects is convincing and even if the big wow effect of the first movie is missing, the old fascination can at least be rekindled in its core. And with the Indominus Rex, the hybrid dinosaur, the park was given a worthy new addition that even surpasses the popular T-Rex in terms of threat. When the amusement park is transformed into a large buffet for raptors, flying dinosaurs and other prehistoric creatures, the viewer quickly forgets all potential questions of logic and is not disturbed by the lack of originality. And when Trevorrow uses the park as an almost satirical allegory on the film business and especially on the "Jurassic Park" series, then not even biting dinosaurs are needed to drive the fun factor of the film up.

Bows to Spielberg's original, e.g. by weaving John Williams' themes into Michael Giacchino's score or by a short return to the grounds of the old park, let some pleasant nostalgia arise. And with Chris Pratt, a good main actor was found who, with a high coolness factor, also lends rather silly scenes a certain credibility - if you can speak of it at all with this film - and who, unlike many of his colleagues, is not completely played against the wall by the dinosaurs. So there are enough reasons to make "Jurassic World" a worthy successor to Spielberg's original.

However, the film has to struggle with a much greater danger than the Indominus rex: with a really bad script. There are some wonderfully written scenes, but overall the story and character drawings seem like a cliché-laden work from the drawing board. The background story of the two nephews of Claire is completely unnecessary and so overstrained, that you just have to twist your eyes several times. And the plans of InGen security chief Hoskins, who has particularly bad plans with the trained Raptors, almost tend to be ridiculous. The script, in which at least four authors were involved, only rarely succeeds in presenting really new ideas and delivering dialogues that do not seem to have been taken from the Handbook for Disaster Film Clichés. And that at least in some scenes tarnishes the entertainment value of the movie perceptibly.

However, in the end "Jurassic World" is a lot of fun despite its obvious weaknesses. Even though the story seems as cloned as the dinosaurs and even though the potential in terms of humor, suspense and coolness is only fully exploited in a few moments, the movie isn't really boring at all and also has really good dino action with great effects to offer. By far not as good as part 1, but light years better than part 3 this new visit to Isla Nubar might not live up to the high expectations of the fans. But in the end the positive aspects outweigh the positive ones enough to be happy about the long-awaited return of T-Rex and Co. and to return to reality with a positive overall impression. And for that there is - with small dramaturgical cutbacks - a deserved one: Absolutely worth seeing!

image + sound: Anything but first-class quality would of course have been a bitter disappointment with this Blu-ray. The picture is absolutely clean and the colors are mixed very atmospherically. The sharpness of the image is also very high and allows even the smallest details to come into their own, especially with the many dinosaurs. In addition, the 2D version Films also has a pleasant image depth, which is especially noticeable in the last third. The powerful and very lively sound mix is also convincing all along the line. Numerous sound effects ensure that the surround channels are almost completely in use. All in all there is a deserved one: Very good!

Extras: As a bonus there are seven unreleased scenes (ca. 6:08 min.) and an amusing feature in which director Colin Trevorrow and lead actor Chris Pratt interview each other (ca. 8:57 min.). This is followed by a good Making of (approx. 29:52 min.) and a supplementary Featurette about the Dinosaurs (approx. 16:29 min.), whereby here beside Pre-Visualisierungsaufnahmen also the numerous Stunts are lit up. A short video commentary on certain scenes (approx. 10:11 min.), as well as a tour by Chris Pratt through the Innovation Center (approx. 2:01 min.) complete the good bonus offer.

Fazit: Despite some dramaturgical weaknesses, "Jurassic World" is (currently) the third most successful film of all time with over 1.6 billion dollars in box-office takings. This is certainly not due to the expandable dialogues, but to the thrilling dinosaur action and the first-class effects, which make this fourth part of the series an extremely entertaining popcorn fun. The Blu-ray presents the film in excellent picture and sound quality and also the extras are absolutely worth seeing! Of course, this only allows one conclusion: Absolutely recommendable!