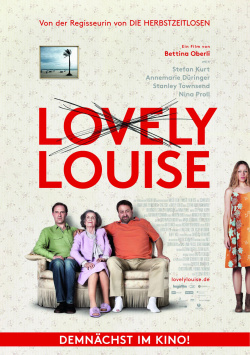 The mid-fifties André (Stefan Kurt) leads a very inconspicuous life. Together with his eighty-year-old mother, the actress Louise (Annemarie Düringer), he shares a small, unadorned apartment. And also his work as a taxi driver brings little real excitement into the everyday life of the shy man. Only when he can pursue his great passion on the model airfield and adore the attractive sausage seller Steffi (Nina Proll) from afar, does a little colour come into his grey life. But André doesn't complain. He has come to terms with his existence and even enjoys the clearly structured everyday life with his mother a little. But then all of a sudden everything gets out of whack when the American Bill (Stanley Townsend) appears and introduces himself as Louise's illegitimate son. André doesn't really know how to deal with this situation: Should he be happy about the unknown brother or should he be rather jealous of the attention Louise suddenly pays to her lost son? Should he rather treat the stranger with suspicion or should he use his presence to finally take care of his own life? But no matter how he decides, one thing is clear: Bill will change a lot…

As with her surprise success "The Autumn Timeless", Bettina Oberli's new film once again focuses on a lady of mature age. However, the story of "Lovely Louise" is not told from the point of view of the title-giver Louise, but from that of her son André. It's actually a completely failed existence. He has never fulfilled his dreams and he is convinced that his mother cannot live without him - as he does not function without her. And even Louise herself is only left to her once glorious past, without enjoying the present in the slightest. Two very dysfunctional characters, who live in mutual dependency past happiness - this sounds like a drama of a particularly melancholic kind.

However, as with "Die Herbstzeitlosen" Oberli succeeds again here in loosening up the story, which is interspersed with a deep melancholy, with a quiet humour. "Lovely Louise" is not a gag firework that fires one thigh knocker after the other. However, it is an amusing film that defies its underlying heaviness with a lot of charm and dry humour. The play by Annemarie Düringer, who was already seen in "Die Herbstzeitlosen", and Stefan Kurt fits perfectly to the subtle script of Oberli and Petra Volpe. The book and the game give the characters an emotional depth that makes them very accessible to the viewer, even though the laconic staging sometimes seems a bit bulky.

Although the end can't quite keep what the beginning promises and the humor is already very peculiar, "Lovely Louise" is a very nice story about the fact that it's never too late to follow one's dreams and that one shouldn't surrender to the dependencies of everyday life. Certainly not a comedy for the masses, but if you like small movies with reserved humor in the style of "Die Herbstzeitlosen", "Lovely Louise" will definitely grow on your heart. Worth seeing