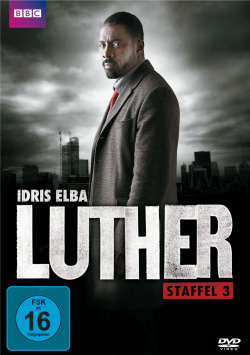 Content: The fact that DCI John Luther (Idris Elba) doesn't always take the regulations so exactly is no longer a secret. However, his colleague DS Justin Ripley (Warren Brown) is surprised to learn that bitter DSU George Stark (David O'Hara) is leading an internal investigation against Luther and that DCI Erin Gray (Nikki Amuka-Bird) is helping him to pillory the inappropriate cop. In order to get the necessary evidence against Luther, Ripley is to wear a bug in the investigation. But this betrayal does not remain undiscovered, of course. While the wind is now blowing from his own ranks, Luther has to try to find an apparently insane murderer who kills women according to the same pattern as in an unsolved case from the 80s. In addition, an Internet tormentor seems to have become the victim of vigilante justice. It is precisely this case that could become Luther's downfall. A car accident of all things brings him a little relief in this situation, because Luther gets to know the attractive Mary Day (Sienna Guillroy). But Stark wants to use the fact that he develops feelings for her for his own purposes. And that's where things get personal for Luther...

"Luther" also offers first-class thriller entertainment in the third season, which is much too short again. This time the unconventional cop has to deal with two equal and very interesting opponents. On the one hand with the overambitious investigator George Stark, very intensively played by David O'Hara, for whom the annihilation of Luther degenerates into a dangerous obsession. What begins as a normal internal investigation takes on unexpected proportions in the course of the two episodes, which becomes extremely exciting for the viewer. On the other hand, Luther must also arrest a self-proclaimed avenger. This case is particularly exciting because Luther likes to take the law into his own hands and now suddenly he is on the other side and in the end is very personally affected by the avenger's actions.

The storyline around Luther and Mary doesn't seem to fit into the story at the beginning. There is a suspicion that a love story is being forced on Luther to allow him a few nice moments in his dark everyday life. But soon it becomes clear that the makers have something completely different in mind for this relationship, which really pays off at the end of the second episode. There one takes also smaller lengths in the first consequence more than gladly in purchase.

Besides the mad screenplays deliver also the actors, above all Idris Elba, again first-class achievements. What's especially nice is that Ruth Wilson as Alice Morgan is also there again for a short, but very memorable performance. The finale then also offers her a very round finale, which is not surprising as season 3 is supposed to be the last regular season of the series. Actually it was intended to bring "Luther" to the cinema after the end of the series. However, these plans have now been shattered in favour of a series special to be broadcast in 2015. That there will be a reunion with John Luther after these extremely exciting and emotional 200 minutes is great news!

Whoever liked the first two seasons of "Luther" should not miss his two new cases. The enormous presence of lead actor Idris Elba, some unexpected twists and the good finale make these two new episodes a real treat for all lovers of dark thriller fare. Absolutely worth seeing!

Picture + sound: As with the first seasons, the technical implementation of the two new episodes is also absolutely convincing. The picture is absolutely clean, the somewhat undercooled coloration is very atmospheric and only in the darker scenes there is a slight noise on closer inspection. The sound, with its very directionally mixed dialogues and only very isolated surround effects as in the first seasons, is rather unspectacular, but fully fulfills its purpose. All in all a presentation on a good TV level.

Extras: The third season unfortunately has no bonus material to offer.

Fazit: "Luther" also offers crime thriller entertainment par excellence in the third season. Immersed in a dark atmosphere, staged in a gripping way and played excellently, fans are offered 200 new minutes that pass much too quickly again. The fact that "Luther" is expected to return to British (and shortly afterwards German) TV in 2015 for a final special is only a small consolation. The stories are exciting and also offer some surprises, of which at least one fan of the series will be a real hit on the stomach. As in the previous seasons, the DVD is technically well done, only the lack of bonus material is disappointing. But all in all this third season is also recommendable for lovers of first-class, dark crime food: Absolutely recommendable!