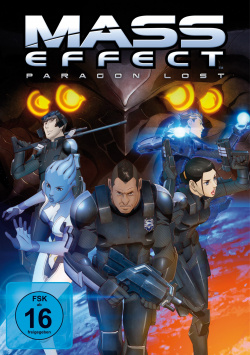 Content: In the depths of space lies the Fehl colony, the Alliance's most productive pharmaceutical mining area. Under the leadership of Captain Toni, Marine James Vega and his team are to stop the Krogan Blood Pack, the most dangerous scum of Terminus systems, from entering the colony and killing the people who live and work there. After a daring and extremely dangerous fight, Vega and the other soldiers actually manage to get the Krogans to flee. But instead of the hoped-for promotions, the team is sent off to protect the colony from further attacks. For two years the lives of Vega, Essex, Milque, Nicky, Mason and Kanille have been dominated by boring monotony. But then Fehl is attacked completely unexpectedly by the mysterious collectors. Only Vega, his team, the Asarian researcher Treeya and the colonist Messner can escape the attack. Now it's time to save the colony from the almost overpowering collectors - and that doesn't seem to be possible from the planet...

With "Mass Effect: Paragon Lost" the "Mass Effect" universe established by the three popular video games is extended to another medium. After the popular role-playing games of the Canadian game developer BioWare, their online extensions, novels, non-fiction books and comics, the first anime film now also extends this successful SciFi saga. In a way, the story is a prequel to the third game, as the background story of James Vega, a character from "Mass Effect 3", is told here.

The movie, which comes up with some quite bloody fighting sequences, demands a certain prior knowledge from the viewer. The story itself is quite simple and can be understood thanks to numerous small explanations even if you don't know the games. But there are also some aspects that only passionate "Mass Effect"-players will be able to explore. The visual implementation leaves a somewhat ambivalent impression. On the one hand it is clearly separated from the graphics of the games, on the other hand it can't keep up with most contemporary animes from Japan. In contrast to the sometimes quite drastic brutality, the drawings seem to have been made for a very young target audience, which just doesn't fit together at the beginning.

Although in the end the feeling remains that the "Mass Effect" universe would have offered the potential for a better story and that a higher visual quality would also have been possible, "Mass Effect: Paragon Lost", despite its visual and dramaturgical weaknesses, offers enough entertainment value to satisfy fans of science fiction animated films. Whether it's the fight against the Krogans or the attack of the collectors on the colony, there is plenty of entertaining staged action that comforts over so many a length. So this first "Mass Effect"-Anime adventure is not a big success and will surely leave some fans of the games disappointed. But for an enjoyable DVD evening it is enough. Worth seeing!

Picture + sound: The picture on the DVD is absolutely clean and has a good overall sharpness, which only reveals minimal weaknesses in the detail display here and there. The colour mixing is very successful, which is why the positive overall impression prevails in the end. The same applies to the sound, which in a good Dolby Digital 5.1 mix not only clearly reproduces the dialogues, but also offers many well implemented surround effects in the action sequences. Good!

Extras: As a bonus the interested viewer is offered insights into the work of the EA smithy (approx. 8 min.) and a look behind the scenes of "Paragon Lost" (approx. 12 min.), whereby the design of the characters is in the foreground. The featurette "The direction of Mass Effect" (approx. 23 min.) is then a somewhat more comprehensive making of, which deals with various aspects of the anime film's genesis. Good!

Result: With "Mass Effect: Paragon Lost" the universe started with the successful game series is extended to another medium. With James Vega, the anime film focuses on one of the characters from the third game and acts as a prequel to "Mass Effect 3". The story is kept rather simple and the animations are a bit edgy at times, but all in all the fan gets 90 minutes of gaudy science fiction action with some nice moments of tension. The DVD offers the main movie in good picture and sound quality and also has almost 45 minutes of quite interesting additional features to offer. Recommended!