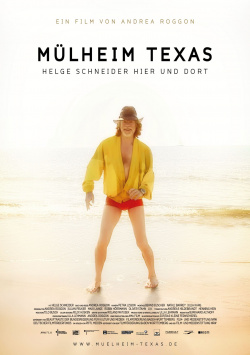 There's hardly an artist in Germany who is as divisive as Helge Schneider. Some love and worship him, others get scabies when they think only of "cat's loo". But even his greatest critics will have to acknowledge his versatile talent. No matter whether as a musician who masters several instruments, as an actor, comedian, author or director, Helge Schneider always faces new creative challenges, the implementation of which he never submits to fixed conventions or chummy to mass tastes. The artist Helge Schneider is known to most people. The man Helge Schneider, on the other hand, is a mystery, as he consistently keeps private matters out of the public eye. For her new film, filmmaker Andrea Roggon has set herself the task of changing that and learning a little more about this exceptional artist. The documentary "Mülheim Texas - Helge Schneider Here and There", which is just as unadapted as one is used to it from Helge Schneider, shows how difficult this is and how she managed to do it nevertheless.

Because although Schneider has agreed to participate in this film, to be interviewed and accompanied by the camera, this does not mean that he opens completely and makes it easy for Andrea Roggon to look behind the façade. This of course leads to some very bizarre and amusing moments when Roggon tries to get Helge Schneider to open up to her while at the same time respecting that he doesn't want people to know too much about him. The result is a documentary, which may have some lengths, but which also offers little moments, in which Helge Schneider shows sides of himself, which you didn't know and maybe didn't expect.

At the same time the film is also an entertaining journey through the career of the artist. Archive material such as old film or tape recordings and photos alternate with interview sequences or insights into Schneider's everyday life. The audience can watch the artist Schneider performing or shooting his last film, as well as the private person a little over his shoulder. That's surprising, entertaining and funny for long stretches, but at other moments it's a little bit tough as well. Thus, the movie unfortunately only manages to appeal to those viewers who are already fans of Helge Schneider and like his unadjusted style. But if you haven't been able to do much with your music, your films or your books so far, you won't be able to do much with this good, but also somewhat bulky documentary. Worth seeing with small concessions!