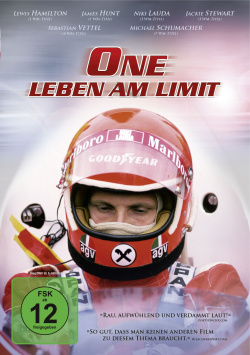 Content: Formula 1 is exposed to constant changes since then. But one thing has always remained the same: in the racing circus, only those who have proven their nerves of steel behind the wheel could survive. Perfect technique and clever tactics are one thing, but without the necessary nerves there is hardly a way to reach the finish line right at the front. But there was a time when special courage was required from the drivers. Because at the end of the sixties and in the seventies the risk of losing one's life in a race was particularly high. Rules and tracks could no longer keep up with the rapidly changing technology in racing cars. The fact that drivers lost their lives was no rarity, especially in the 1970 season, but almost a sad rule. But the days of design and speed over safety should soon be over. And with the sale of the television rights, another drastic change in Formula 1 was heralded.

In "One - Life at the Limit" filmmaker Paul Crowder traces a very special chapter in the history of Formula 1. Although some attention has been paid to the period since the 1930s and the present, the film's main focus is clearly on the 1960s and 1970s. With an unbelievable wealth of partly very rare archive material and countless interviews with old and new Formula 1 legends such as Damon Hill, Niki Lauda, Lewis Hamilton, Jackie Stewart, but also Michael Schumacher and Sebastian Vettel, Crowder has created a fascinating contemporary document that should not only inspire Formula 1 enthusiasts.

Crowder is very well able to show the fundamental changes that have shaped the image of Formula 1 in recent decades. Through testimonies from contemporary witnesses, photos and video footage, he shows that the relationship between the drivers used to be almost family and that the extremely high risk involved in every single race has intensified the relationship between individual drivers. But the film also makes clear how much the character of the races themselves has changed due to the power of the sponsors and the involvement of a worldwide television audience. Very special rivalries and friendships are worked out. The respectful competition between Jim Clark and Graham Hill is just as important as the duel between Niki Lauda and James Hunt, which only recently served as the material for Ron Howard's great Formula 1 drama "Rush".

The race shots are sometimes extremely impressive, but sometimes downright shocking. These pictures are framed not only by interviews with a total of twelve former world champions, but also by conversations with family members, journalists, managers and sponsors. The result is a documentary that grips from the first to the last second and is the perfect complement to "Rush" and the equally great racing documentary "Senna". And since you are extremely fascinated and very well entertained even as a Formula 1 enthusiast, there is more than deserved for "One - Life at the Limit": Absolutely worth seeing!

Picture + Sound: Due to their age, the numerous archive recordings naturally show some clear qualitative weaknesses. But measured against the current interviews, the technical implementation of the film is on a good level for a documentary. The picture pleases with a very pleasant coloration and a good overall sharpness and the sound has some really good surround moments to offer besides the powerfully mixed voices also during the race recordings. Good!

Fazit: "One - Life at the Limit" is an excellent documentary about Formula 1, with a clear focus on the seventies and eighties. Director Paul Crowder has captured the development of safety standards in this popular racing sport in an exciting, interesting and highly entertaining way and impressively shows how the sport, the relationship between drivers and marketing have changed over the past decades. A really good film, which not only offers Formula 1 fans the best entertainment. Recommended