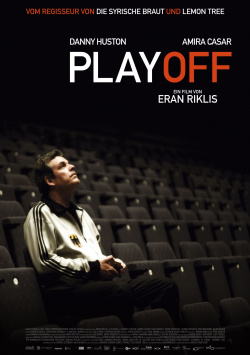 At the beginning of the 1980s, Max Stoller (Danny Huston) is called to Frankfurt by the manager (Max Waschke) of the German basketball team from Tel Aviv as coach. While his decision to go to Germany only meets with incomprehension and rejection in Israel, he is welcomed with open arms in Frankfurt. However, journalists seem more interested in his past as a Holocaust survivor than in his sporting achievements. Stoller also finds it difficult to cope with the team, especially as he refuses to speak German with them. Particularly with the talented team captain Thomas (Max Riemelt), he always comes into conflict, which ultimately leads to Thomas being excluded from the team. While Stoller tries to find his place again in the city where he grew up so many years ago, he meets the Turk Deniz (Amira Casar), who now lives in his parents' former apartment. Together with her daughter Sema, she came to Germany to look for her missing husband. A trusting friendship develops between Stoller and Deniz, forcing the coach to come to terms with the past he was trying to escape from…

"PlayOff", the latest directorial work by director Eran Riklis ("Lemon Tree"), is based on the true story of basketball coach Ralph Klein. Rikli's dramaturgically modified version is full of high ambitions and good ideas. Unfortunately, however, the implementation cannot be described as successful for several reasons. This begins with the drawing of the main character Max Stoller, who never really seems sympathetic and very inaccessible. Unfortunately, there is hardly any sign of the restrained charm of the equally reserved personnel manager or the strong woman who fought for her lemon tree. Stoller often even seems a little arrogant and his motives for helping Deniz are hardly comprehensible.

In addition, it seems in many moments that Riklis couldn't really decide which story to tell: that of a man who has to learn to face his past, that of a coach who wants to make basketball more popular in Germany, that of a young player with authority problems or that of an unusual friendship in which two people who feel alone in a strange environment find each other. Riklis simply does not succeed in creating a harmonic whole out of all these set pieces, which leads to the fact that all individual plot elements appear immature and lack the necessary depth.

Another disturbing factor is the way in which Riklis traces the early 80s. He lacks any form of subtlety and authenticity. It starts with the fact that the first taxi ride from the airport to the hotel is broadcast on Nicole's "Ein bisschen Frieden" radio and the taxi driver raves about how great it is that Germany has just won the Grand Prix. The summit is then the front page of a tabloid newspaper, on which the biggest headline is devoted to a misunderstood statement by Stoller, while the news that Helmut Kohl has become the new Federal Chancellor has been placed much smaller below it. But it gets really embarrassing when Riklis shows the Frankfurt suburban ghetto to which Turkish immigrants have been banished in order not to disfigure the pretty cityscape. Here burnt out car wrecks decorate the streets and men stand around burning barrels. The fact that the Frankfurt skyline in the 80s looked quite different from today's skyline, which Riklis uses in his film, doesn't stand out at all in comparison.

There is no question that "PlayOff" was staged with good intentions. It's a shame that there is hardly anything to be felt in the finished movie. Even good actors like Danny Huston or Max Riemelt can change that. Therefore: despite exciting and interesting ideas only worth seeing for hardcore cinema lovers!