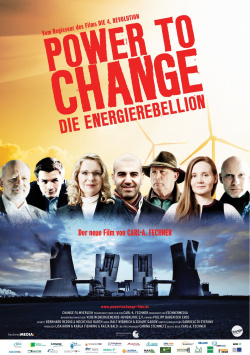 Is climate change a reality or just a fantasy, a phenomenon invented by politicians and self-proclaimed do-gooders? There's been a long fight about that. And even if there are still a few incorrigible ones who don't want to admit it, most of them might have realized by now that our climate is actually changing. Storms, floods, winters that are too warm, springs that are too cold, heat records in summer, drought - all these are drastically increasing weather extremes that we will have to live with in the future. And if nothing is done, these extremes will become more and more violent. Nevertheless, one has the feeling that something is not really moving. The major industrial nations want to delay the switch to renewable energies for as long as possible in order to secure jobs in nuclear and coal energy and of course - which may be the main reason - not to lose the profits made from these areas.

On the other hand, citizens' initiatives are also constantly opposing change. Something has to change - just not in front of your own front door, please. In view of all this, one may resign oneself from despair. But there is a little spark of hope on the dark horizon. The documentary "Power to Change - The Energy Rebellion" shows this in an impressive, informative and entertaining way. In his new work, filmmaker Carl-A. Fechner introduces people who want to make a difference and who actually put their money where their mouth is, even if they are repeatedly obstructed. At the same time, the film tries to clear up myths about the energy revolution.

Fechner visits Edy Kraus, who wants to realize his dream of a mobile pelleting plant, even though it almost drives him to ruin. He accompanies Ganna Gladkykh, a young sustainability consultant in Ukraine, in his attempts to make a difference in his country. He talks to Peter Smith, who worked in a nuclear power plant for 30 years and is now actively fighting against the construction of a new nuclear reactor in Great Britain. He lets politicians, economists, engineers and scientists have their say and thus tries to cover as many aspects of the topic as possible. Here and there the whole thing could have turned out to be a bit more critical, in order to make it even clearer to the viewer how difficult, but also how important the fight for the energy turn is. And also the film music, which is a bit too much infused with pathos, could have been a bit more subtle.

However, overall "Power to Change - Die EnergieRebellion" has become a good and important film, which manages to present its concerns in a factual and balanced way, without beating the viewer with a moral club. A film that informs, that at the same time provides inspiration and at the end gives hope that maybe something can be changed after all. Fechner makes it very clear that really every individual can make a difference, even if of course the major electricity suppliers, industrial giants and, of course, politicians can and must make the very important decisions. Absolutely worth seeing!