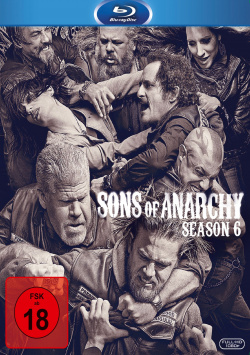 Content: Clay (Ron Pearlman) and Tara (Maggie Siff) are in prison, former U.S. Marshall Lee Toric (Donal Louge) wants to avenge his sister's death and hold Jax (Charlie Hunnam) accountable for it, for which he gets support from the tough district attorney Tyne Patterson (CCH Pounder). The IRA does not want to allow SAMCRO to withdraw from the arms supply business and the Nazis are once again making life difficult for the Sons. But this is nothing against the catastrophe that then happens: a boy commits a rampage at his school, in which several children die. The weapon comes from SAMCRO's stock and is easy to trace. For Jax it becomes more and more difficult to keep the troops together and to save them from jail or death by rival gangs. He just wants to get out of all illegal businesses and finally become a role model and a good father for his children. With Nero (Jimmy Smits) he wants to set up an escort service and he also wants to expand the porn business. But again and again the past catches up with him. And he knows that this will go on and on unless he finally draws a radical line. What he doesn't suspect is that Tara is pursuing completely different plans - plans that Gemma (Katey Sagal) wants to prevent at all costs. No matter what the cost...

The sixth and penultimate season of "Sons of Anarchy" perfectly attunes to the upcoming swan song of the series. The dramaturgy is increased in the course of the season and through some very drastic events a premonition of what the fans will expect in the last episodes arises. There are several storylines in this season, which are extremely exciting and stirringly implemented. Lee Toric's revenge campaign, which is literally over dead bodies for the revenge for the murder of his sister, is just as much a part of this as the increasingly bloody conflict with the IRA. Jax's efforts to maneuver the club out of the illegal business seem to be very well illustrated by the fact that he is fighting more and more against windmills. Thus he also overlooks all signs of what Tara is planning and what will lead to an extremely dramatic event at the end of the season.

There are many extreme moments, such as the scene of the school massacre, which is very intensively implemented in its restraint. Even mistreatment in prison, snuff pornography or brutal gang rivalries are not exactly easily digestible substances. But the team around series creator Kurt Sutter succeeds very well in loosening up the very hard aspects of the series with some humor or classic thriller and drama elements in such a way that they are still stirring and shocking, but not repulsive or too striking. This is why this season the tension level is kept very high even in the quiet moments, which makes waiting for the last season a real challenge, especially after the drastic finale.

Addition to some side characters in season 6 it is also time to say goodbye to two main characters. While the death of one character was already foreseeable, the death of the other character comes as a surprise. However, it is the logical consequence of the development of two figures that at some point simply had to unload in an explosive manner. However, it could not have been foreseen that this would end in murder. For the events of the last episodes, however, this will certainly be trend-setting.

"Sons of Anarchy" is a good example of the interesting development that television has undergone in recent years. Serial heroes are no longer clearly marked positively. Very dubious characters like Jax and the other members of SAMCRO can also become sympathizers. And that makes their stories much more interesting and the character development extremely exciting. A must for all serial junkies and therefore also in the sixth year again: Absolutely worth seeing!

Picture + sound: The technical implementation has not really changed compared to the last seasons. The picture of the new episodes is absolutely clean on Blu-ray and convinces with a very earthy, atmospheric colouring. The overall sharpness is also at a very good level, which is also reflected in a convincing presentation of smaller details. The vibrant DTS 5.1 mix brings out the dialogues clearly and powerfully, while some well implemented effects such as gunfire, explosions and, of course, the rattling of the motorcycles provide an excellent surround feeling again and again. And that's really very good for a TV series!

Extras: Besides an audio commentary on the first episode of the season there are some missing scenes on the first disc (about 4:42 min.), as well as an episode from the show "Sons of Anarchy: Nachwort" about the season premiere (about 45:12 min.). Here, in the backdrops of the series, stars and makers talk about individual episodes. For fans quite entertaining and worth seeing. There is another "epilogue" episode on DVD 2 (approx. 44:04 min.), on which you can also see other edited scenes (approx. 3:57 min.). The other extras can be found on Disc 4.

Here you'll find an audio commentary on the season finale, some amusing outtakes (ca. 2:57 min.), an "epilogue" to the finale (ca. 59:50 min.), as well as a featurette about the characters who have blessed the time in this season (ca. 7:05 min.). Finally, there is a very interesting short documentary about a fan event, which was organized for the benefit of hurricane victims (approx. 19:55 min.). Worth seeing!

Result: "Sons of Anarchy" is slowly but surely approaching its final climax. The sixth and penultimate season is not stingy with dramatic highlights that set the course for the events in season 7. Especially the final makes it clear: after what happened here, nothing will ever be the same again. There are many great moments of tension and action, but also a little bit of humor and a lot of drama. But this season is never boring. The Blu-ray presents the episodes in the usual good picture and sound quality and in the extras the three worth seeing "episodes of the epilogue" are particularly appealing. Therefore also for this box a very clear rule applies: Absolutely recommendable!