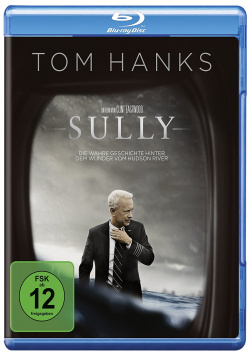 Film: It's a horror scenario for which even an experienced pilot like Captain "Sully" Sullenberger is not really prepared. Several birds fly into the turbine of the airplane occupied with 155 people on board, which is in the landing approach on New York. When gliding over the megacity, Sullenberger has no time to steer the defective aircraft to one of the nearby airports. And so he dares the unbelievable: a water landing on the Hudson River. In fact, he succeeds in the risky manoeuvre, which is celebrated by the media as the "miracle on the Hudson". He, who saved 155 lives, is celebrated as a hero - and yet the investigation confronts him with incredible accusations that almost ruined his reputation and his career…

In his latest drama "Sully", director Clint Eastwood has grippingly translated the fascinating story surrounding the events of January 15, 2009 into reality, even though large parts of the surprisingly short running time are only talked about. The water landing and the subsequent rescue operation bring a little bit of action and thrill, but over large parts the protracted investigation, the media hype and the effects of the whole on Captain Sullenberger determine the events. That this works and despite some actually very dry scenes is so gripping, isn't only because of Eastwood's sovereign staging, but also because of Tom Hanks' usual great play. He embodies particularly convincingly the change from a prudent pilot, who even in an extreme situation still keeps his nerve, to a man who is plagued by (oppressively implemented) nightmares and feelings of fear.

Of course Eastwood could be accused of having a somewhat one-sided view of the events after the successful landing on the Hudson River. The investigative commission is being drawn somewhat too clichéd and undercooled. But unfortunately, their approach, which may seem like one-dimensional black-and-white painting in the movie, corresponds to reality. Commissions like this are in fact primarily about money. Would another scenario have been possible to save the people, one in which the plane could also have been saved? Does the insurance have to pay or is the captain liable for the enormous costs? It is sad that such questions have to be asked after such an almost superhuman achievement with such a happy ending - but that is the reality.

And exactly this is where the film gets its enormous voltage potential. Seeing how desperately one tries to prove that a landing at a nearby airport would still have been possible is really exciting and stirring, despite some seemingly repetitive sequences. Eastwood almost always hits the right note, so that the movie never seems lurid. Played brilliantly and staged atmospherically, "Sully" tells a story that only real life can write. And with minimal point deductions for shorter lengths, there's a very clear one: Absolutely worth seeing!

Picture + sound: The very authentic coloration and the high sharpness of detail leave a very positive overall impression. And in the sequences about New York it also becomes clear that the Blu-ray has a pleasant image depth. The sound is in a very powerful Dolby Atmos mix, which can show its strength especially in the crash sequence. Very good.

Extras: There are only three features, but they are really worth seeing! Thus the real Sully Sullenberger is introduced (approx. 19:49 min.), the true events around the emergency landing on the Hudson are illuminated (approx. 15:44 min.) and finally a view of the shooting is offered (approx. 20:17 min.).

Fazit: "Sully" is well played, atmospherically densely staged and tells a really incredible but true story. Despite some lengths a really great drama, which presents itself on Blu-ray in very good picture and sound quality. The extras are class, not mass. The three short documentaries are a very good complement to the main film. That's why the disc has more than earned an "Absolutely worth seeing".