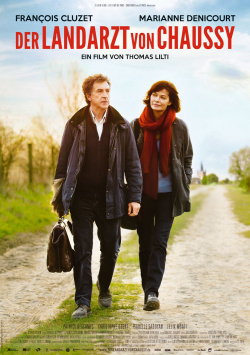 The Country Doctor of Chaussy

Dr. Jean-Pierre Werner (François Cluzet) belongs to a dying genus. For 30 years he has been working as a country doctor and his services are used day by day by the inhabitants of the small village community. Dr. Werner knows that there is an enormous lack of doctors in the region and that the people here are dependent on him. But then he suddenly becomes seriously ill himself and has to make friends with the thought that he has to put the job he has lived for the last decades in the hands of a successor. Faster than expected, he is in the shape of the self-confident Dr. Nathalie Delezia (Marianne Denicourt), who would be ready to jump straight into the new job. But Dr. Werner is not so easily prepared to give up what he has worked so hard for - especially as this would mean that he would have to accept his illness…

With "The Country Doctor of Chaussy", the trained doctor and director Thomas Lilti tries to paint as realistic a picture as possible of the situation of doctors in rural regions of France. Through a loving character drawing and restrained humor, a pleasant entertainment value is to be built up, which functions as a counterbalance to the more difficult moments. The result is a charming, but also slightly bulky film that addresses a very important problem with which more and more regions in Germany are confronted.

The trick that Lilti succeeds in doing is not to fall into too much of a softly washed country doctor romanticism. He also shows the very difficult sides of the profession, for example when it comes to accompanying a person to die with dignity. Yet, even though such moments seem a bit depressing in their authentic realization, his staging succeeds very well in conveying a positive attitude towards life to the viewer. In this way, he succeeds in sensitizing his audience to the problems addressed in the film, without pushing their minds into the cellar. Especially since the film shows so well how important doctors are for the people in rural areas, this could have happened all too easily.

With good actors, a very reserved dramaturgy and a certain lightness Thomas Lilti has succeeded in making a small, charming film, which has its somewhat tough moments, but which can leave an overall positive impression. But for lovers of the somewhat more demanding entertainment cinema from France there is a very clear one: Worth seeing!