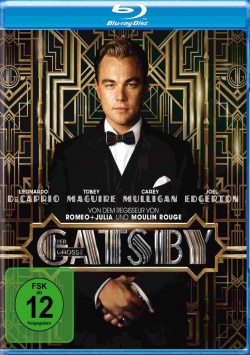 Film: The novel "The great Gatsby" by F. Scott Fitzgerald, published in 1925, is one of the most important books of American modernism. No wonder, then, that this tragic love drama has already been filmed several times. After three screen adaptations and a TV version, the colorful 3D version of the Australian Baz Luhrmann filming number five came into the cinemas. The question arose as to whether opulent 3D optics and modern hip-hop and soul sounds would be sufficient to inspire the audience once again with this story.

In terms of dramaturgy, "Moulin Rouge" director Luhrman adheres closely to the classic model. The story is told by Nick Carraway (Tobey Maguire), a young writer and stockbroker from the Midwest who came to New York in 1922 on Long Island in the state of New York in the hope that he would get a piece of the great American dream. He moves into a small cottage next to the magnificent estate of the mysterious millionaire Jay Gatsby (Leonardo DiCaprio), who for most is a complete mystery, although the upper class of the city regularly attends his extravagant, luxurious parties. Nick only knows his cousin Daisy (Carey Mulligan) and her husband Tom (Joel Edgerton), who live on the other side of the bay. But after one day he gets an invitation to one of Gatsby's parties, this changes abruptly. Nick befriends the charismatic millionaire and is introduced by him to a world that is completely new to him. But this friendship comes with an ulterior motive. When Gatsby asks Nick for a big favor about Daisy, a story of unfulfilled love and unshakeable dreams opens up for the young man, which seems to be doomed to end in a tragedy...

"The big Gatsby" was supposed to be released in the summer of 2012. The short-term postponement was explained by the studio as purely marketing motivated, but left a somewhat unpleasant aftertaste. The trailer for the film then suggested that Baz Luhrmann would merely copy himself here and tell the classic story in a very colourful "Moulin Rouge" look. This didn't seem really attractive to many people. And indeed, the parallels between the two films cannot be denied. This begins with the soundtrack, where contemporary sounds are mixed with 20s sounds. This may take some getting used to, but it works very well overall. Luhrmann also remains visually true to the style of his two-time Oscar winner. Colourful, artificial and full of kitsch, but also fascinatingly luxuriant and with a great set and costume design, the viewer is drawn directly into the world of Jay Gatsby.

What Luhrmann does surprisingly well here with his very own and admittedly somewhat habitual style is to make the story seem completely timeless. This is a small feat in so far as language and equipment are clearly set in the 1920s and younger viewers in particular would actually lack an identification surface. But the director doesn't just succeed musically in building a bridge between old and new and thus revealing how topical the story actually is. The extreme superficiality that can be seen at the sumptuous parties, corruption, the dream of a better future and parallels to the current financial crisis make the story seem very modern. And the visual realization finally ensures that even the last antiquated dust is blown away by the "big Gatsby".

The film can also profit from its well chosen actors, whereby Leonardo DiCaprio clearly steals the show from his comrades-in-arms. Tobey Maguire, Carey Mulligan and especially Joel Edgerton also deliver absolutely solid performances here, but they are still mimically limited. DiCaprio, on the other hand, is allowed to play out a wide range of his skills here, whereby his Gatsby becomes a mysterious, profound and touchingly tragic character who fills the consciously often very artificially appearing event with a great deal of humanity.

"Der grosse Gatsby" is an opulent stage cinema, a visual intoxication that will certainly divide the spirits. Not everyone will succeed in being drawn into Luhrmann's very own version of F. Scott Fitzgerald's novel. But those who get involved will be kidnapped into a fascinating world, in which a tragic story unfolds, which has lost little of its charm, strength and topicality even 90 years after its first publication. Therefore: no matter if in 2D or 3D, if you like big emotional cinema, if you don't mind visual kitsch and if you like the earlier movies of Baz Luhrmann, you shouldn't miss this work! Absolutely worth seeing!

image + sound: The 2D Blu-Ray variant reveals to the viewer despite the lack of 3D effects a proper image depth and a rich, powerful coloring. Due to the very high detail sharpness the great equipment and also the costumes come adequately to the fore. However, the visual effects as such are also very clearly recognizable, which is why the image sometimes seems a bit artificial - which, however, is intended to a certain extent. The DTS-HD Master Audio 5.1 Mix has some excellent sourround moments to offer and transports dialogues and music very powerful and well coordinated from the speakers. Very good!

Finally there is the trailer for the first 1926 film, as well as some edited scenes (approx. 14:24 min.), to which also an alternative end belongs. To these edited scenes there are very interesting and detailed explanations by Baz Luhrmann, who explains why, despite the high quality of some of these moments, he decided against incorporating them into the finished film version. For this bonus package there is a deserved one: Very good!

Fazit: "The great Gatsby" is opulent, powerful, kitschy and fascinating. If you appreciate the work of Baz Luhrmann in general and can get involved with his quite special style, you will soon get lost in the intoxication of the pictures and the story, which also makes the great actors very easy. The 2D Blu-Ray shows that the film doesn't need 3D effects to unfold its full effect. Technically, the disc is on a very high level and the extensive bonus material is also convincing. That's what one's for: absolutely recommended!