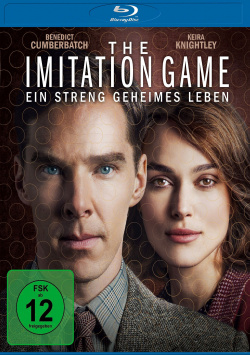 Film: England at the Beginning of World War II: The young Cambridge graduate Alan Turing (Benedict Cumberbatch) is recruited by the British secret service as a code specialist because of his ingenious mind. Together with a small team, he is to crack the Enigma code of the German Wehrmacht, which had previously been inconipherable. While Alan is quite confident about this almost impossible task, he is not impressed by his new colleagues. With his arrogant character he soon not only turns the whole team against him, but also the boss of the newly founded MI6 (Mark Strong). Soon he is given an ultimatum to convince his superiors of the effectiveness of his unconventional methods. With the help of the young mathematician Joan (Keira Knightley), Alan manages to open up a little to his team and get important help for the construction of his electric calculating machine. But the closer Alan gets to solving the Enigma puzzle, the more he runs the risk that his own secret might come to light - and that could not only mean the end of the project, but also put him personally in great danger...

"The Imitation Game" is not the first film to deal with the Enigma code. But Morten Tyldum, director of the great Jo Nesbø film "Headhunters", manages perfectly to turn the exciting espionage story into a deeply human drama, an interesting biography and a stirring moral painting of England in the 40s and 50s. The result is an extremely multi-layered film that not only offers extremely good entertainment, but also offers a much more multi-faceted picture of the historical background than would be the case with pure espionage films. For although it is actually clear that Hitler's Nazi regime is the enemy (invisible in the film), the boundaries between good and evil, between friend and enemy, become increasingly blurred on the side of the "good" as well. And that's exactly what makes this drama a truly outstanding work on a purely dramaturgical level.

This impression is also manifested by the script, which has some wonderful and extremely clever dialogues to offer. Through her not only Alan Turing, despite his very condescending nature, becomes an extremely engaging, interesting and in his way also sympathetic character. His special relationship to Joan also gets an important credibility through the outstandingly written script. But the best direction and the best script won't help much if the actors can't convince. And here the film can show several lucky tricks at once. Because "The Imitation Game" is almost perfectly cast down to the smallest supporting role. With a character like Alan Turing at the center of the story, there was of course the danger that the other characters would be pushed into the background. This is skilfully avoided by the good direction and the outstanding play of Benedict Cumberbatch.

Because even though Alan Turing, who he plays, often acts against the people surrounding him, Cumberbatch still plays with his acting colleagues. Although he delivers an extremely engaging performance here, rightly honored with an Oscar nomination, he manages to do so especially through the perfect interaction with his counterpart. Whether it's Keira Knightley, Matthew Goode or Mark Strong, none of them will be put in Cumberbatch's shadow. Rather, they can all run to top form in the glamour of its outstanding performance, which also makes the film a very special kind of quality cinema in terms of acting.

"The Imitation Game" manages the feat of being perfect entertainment cinema and at the same time telling a significant, demanding story. Thus the computer visionary Alan Turing is finally given the attention he deserves. In addition, the film is also an important plea for tolerance and against homophobia. Morten Tyldum has staged an exciting piece of contemporary history whose impact can still be felt today and whose message seems more topical than ever. A film that's fun without offending the intellect. And for that there is clearly the best grade: Absolutely worth seeing!!!

Picture + Sound: The picture of the Blu-ray is absolutely clean and has in most moments a good to very good overall sharpness, which also in darker scenes hardly reveals any visible quality losses. Overall, a very good overall impression prevails, which can also be left behind by the sound. The DTS-HD 5.1 Mix is pleasantly lively even in the quieter moments of history. In the dialogue scenes, the actors' voices are transported out of the speakers in a way that is easy to understand, while some sound effects and atmospheric ambient noises ensure that the surround channels also remain in use at all times. All in all, there's a more than satisfied one for that: Gut!

Extras: Besides a very informative audio commentary by director Morten Tyldum and author Graham Moore, which unfortunately is offered without subtitle option, there's also a worth seeing making of in the bonus material, which deals a little with the true background (approx. 22:45 min.). In addition there are promo interviews with Benedict Cumberbatch (ca. 6:20 min.), Keira Knightley (ca. 8:17 min.), Matthew Goode & Alan Leech (ca. 2:17 min.), as well as with director Tyldum (ca. 8:12 min.). The interviews are concluded with a compilation of various Q&A sessions (such as the Telluride Film Festival or the Screen Actors Guild Award) in which filmmaker, crew and actors have their say (approx. 29:11 min.). There are also two short cut scenes (approx. 3:50 min.) and the trailer. Gut!

Fazit: "The Imitation Game" is an entertaining mix of drama, biopic and thriller. An excellently played proof that entertainment cinema can also be profound. The Oscar winner presents himself on Blu-ray in good picture and sound quality and also offers quite decent bonus material. For this complete package there is a very clear one: Absolutely recommendable!