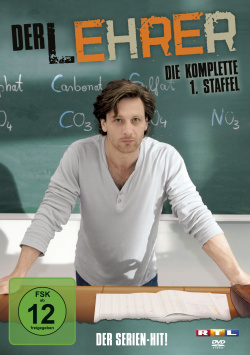 Content: Stefan Vollmer (Hendrik Duryn) has not worked as a teacher for ten years. In recent years, he has jumped from job to job without really showing passion or devotion. But now he wants to prove it to his best friend Elmar (Lars Gärtner): he can be mature and responsible. And that is why from now on he works like Elmar in a comprehensive school in a problem district of Cologne. And as a newer one, he is immediately detached to the basement, to the dreaded G-course, where all the hopeless cases are deported. Right on his first day, Vollmer takes a student to the sweatbox and after work he enters a one-night stand with a sexy pub acquaintance who turns out to be a student the next day. Not a particularly good start into the new job - and only the beginning of a more than turbulent school year, in which the unadapted pedagogue lands more than once in the office of principal Anita Herenberg (Andrea Bürgin) and gets into trouble with regulations, political correctness or frightening hypocrisy&.hellip;

After almost two years between production and broadcast, it seemed for a long time that the first season of "Der Lehrer", broadcast in 2009, would remain the only one. But as we all know, those who have been declared dead live longer and so Stefan Vollmer was allowed to come back four years after his first TV appearance. Satisfactory odds and the new popularity of such substances through "Fack ju Göhte" then brought the series a third season, with which the fan community could be expanded once again significantly. And so it's not surprising that Vollmer and his colleagues are allowed to start again in 2016.

Before it's time, the nine episodes of the first season will finally be released on DVD. In contrast to the later episodes, the episodes here were only 23 minutes long, so they had a classic comedy format. On the one hand, this has the consequence that the dramaturgy can't be gone into too much depth here. On the other hand, these first episodes have a very good tempo, which the later episodes sometimes lack. Otherwise, the series already captivates in its early days with a successful mixture of comedy, serious themes and a pinch of romance. And also the actors leave a thoroughly positive impression, whereby besides main actor Hendrick Duryn especially the Lars Gärtner known from "Stromberg", guest star Frederick Lau ("Victoria") or Susan Hoecke as Vollmer's affair Corinna can convince.

No question, even if the series deals with important topics like freedom of religion or bullying, "The Teacher" does not offer much more than a string of clichés. However, these are presented with some really funny sayings and such an infectious charm that it's easy to overlook the lack of originality and just let yourself be entertained. This DVD is an absolute must for anyone who has only become a fan of the unconventional timpanist with the second or third season. And also those who generally have a penchant for light entertainment from Germany should definitely go to school here again. Worth seeing!

Picture + sound: The technical implementation of the first season is on a good TV level. Apart from some small weaknesses, the picture is quite clean, the overall sharpness is satisfying and also the detail display can convince in many moments. The sound presented in a stereo mix is primarily determined by the dialogues, but from time to time the music and ambient noises also create a harmonious atmosphere. Good!

Extras: Unfortunately the disc doesn't have any bonus material except for a picture gallery.

Fazit: After the success of the third season of "Der Lehrer" the first season broadcast in 2009 will finally be released on DVD. Before the new episodes start in 2016, you can relive how it all began here. Even though clichés are primarily used here, the fast-paced staging and some wonderfully striking slogans ensure a high entertainment value. The DVD is technically well done, but there is no additional material worth mentioning. But for fans of the series there is still a very clear one: Recommendable!