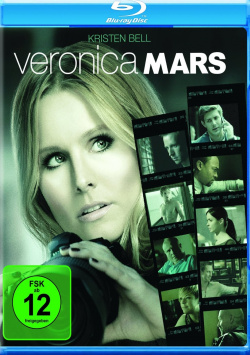 Film: It's been nine years since Veronica Mars (Kristen Bell) turned her back on her hometown Neptune, California, and moved to New York with her boyfriend Piz (Chris Lowell). Thus the days as a hobby detective are a thing of the past, because Veronica is about to start a job at a renowned law firm. But then her ex-boyfriend Logan (Jason Dohring) gets into serious trouble again. Logan, who is now in the Navy, is said to have murdered his girlfriend, pop star Carrie Bishop. The evidence is overwhelming and Logan faces a long prison sentence. Only Veronica with her unique flair can prevent that. So she makes her way to Neptune - in time for the 10 year class reunion of her graduating class - to prove Logan's innocence. She can count not only on the help of her father, the private detective Keith Mars (Enrico Colantoni), but also on those of her old friends Wallace (Percy Dags III) and Cindy (Tina Majorino). And it quickly becomes clear that Neptune is still as corrupt and dishonest as it was ten years ago. And that doesn't make it any easier to expose the real killer of Carrie. But Veronica wouldn't be Veronica, of course, if she had one or two ace up her sleeve.

When the series "Veronica Mars" was discontinued in 2007 after only three seasons, an outcry went through the small but very passionate fan community. Though the series was never a big hit with the press, the outcry after the far too early end was so loud that creator Rob Thomas decided to give fans a glimpse of what Veronica's future at the FBI might look like on the third season DVD box. A sequel in the form of a film was also always an option for Thomas. But it quickly became clear that such a project could not be financed. And so the end of "Veronica Mars" really seemed to be over.

But what nobody expected was the loyalty and persistence of the fans who never stopped calling for a sequel to their favourite series. And since Rob Thomas and lead actress Kristen Bell were also always interested in diving back into the world of Veronica Mars, they decided in 2013 to start financing the film via crowdfunding via the Internet platform Kickstarter.com. Should it be possible to raise 2 million dollars, production could start. Within a few hours this goal had already been reached and by the end of the campaign 91,500 fans had provided 5.7 million dollars to make the "Veronica Mars" film a reality.

Thomas, Bell and all the other participants were aware of their responsibility towards their fans due to this extremely positive feedback. And so it's no wonder that "Veronica Mars" has literally become a film by fans for fans. It's true that they have tried to make the movie accessible to those viewers who have never seen a episode of the series before, by means of an opening credits that summarizes the series. But all in all this movie is a big thank you to everyone who kept Veronica and her friends loyal even after the end of the series and kept them alive with their passion for years.

And so it's no wonder that the movie is filled with allusions to the series, starting with a very nice variation of the title song over numerous guest appearances up to direct references to old episodes. The fact that the story is not one of Veronica's best cases and actually has no real cinema quality does not bother much. Because it's simply nice to be able to meet beloved characters again and say goodbye to them.

The actors, especially the once again great Kristen Bell, can clearly see how much joy it gave them to be allowed to return to Neptune again. The chemistry between the actors, who sometimes hadn't seen each other for more than six years, is still as good as it was at the best times of the show. This chemistry contributes considerably to the fact that the film has become exactly what all supporters have invested their money in: an entertaining and nostalgic ending for a great series. And even though the story itself won't get an award for originality, the movie still deserves a clear "absolutely worth seeing" bottom line. Because the goal of making the fans happy was undoubtedly achieved!

Picture + sound: Technically the film presents itself from its best side at the Blu-ray. The picture is absolutely clean, the colour scheme is very harmonious and the matching of contrasts and black values ensures the right atmosphere not only in the brighter outdoor shots, but also in darker scenes. The English soundtrack with a very lively DTS-HD Master Audio 5.1 mix scores particularly well when it comes to sound. But also the German Dolby Digital 5.1 soundtrack is powerful enough to leave a positive overall impression. The isolated good surround moments that are achieved by the soundtrack, atmospheric ambient noises and smaller sound effects also help. Good!

Extras: The Blu-ray has a lot of nice extras to offer, which like the movie itself are primarily addressed to loyal fans of the series. It starts with an extensive Making of (approx. 55:43 min.), which follows the production from the first day of the Kickstarter campaign to the big presentation at Comic Con 2013. The fans who have invested their money in this project and the interaction of the series stars with their supporters are the focus of the documentary.

The section "More fun on the set", which consists of six short featurettes, continues. Keith Mars (approx. 2:59 min.), Kristen Bell and Chris Lowell (approx. 4:30 min.), "New Girl" star Max Greenfield (approx. 3:10 min.), the Kickstarter fans (approx. 4:45 min.), an extra in monkey costume (approx. 2:59 min.) and the young version of Veronica (approx. 0:58 min.) are in the centre of attention. These features are not necessarily very rich, but for fans absolutely worth seeing and sometimes very amusing.

A few unused scenes (about 4:20 min.) and funny outtakes (about 4:35 min.) complete the very good additional offer. Absolutely worth seeing!

Fazit: "Veronica Mars" is literally a film by fans for the fans. With an incredible support of 5.7 million dollars, the film is one of the most successful kickstart projects of all time. Even though the new adventure of the popular detective isn't one of her best cases, the "Veronica Mars"-movie is an absolutely successful gift to all fans, and the passion that everyone involved put into the project is clearly noticeable. An entertaining ending for a great series, which presents itself on the Blu-ray in very good technical quality and also has some nice extras to offer. But there is a more than deserved one: Absolutely recommendable!