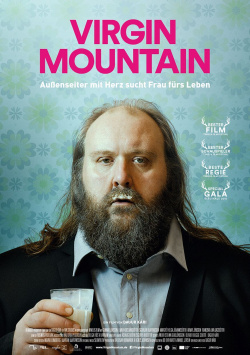 The good-natured Fúsi (Gunnar Jónsson) is a loner as he says in the book. In his mid-forties, the overweight man still lives with his mother and his only passion is remote-controlled cars and the reenactment of big battles with toy soldiers. Fúsi is not only smiled at by his colleagues, but also teased regularly, which he rebounds with seemingly stoic calm. Only when he makes friends with the new neighbour girl Hera, who finds Fúsi somehow strange, but also extremely nice, and then he is persuaded by his mother's boyfriend to take a dance course, does he get some variety in his life. Because at Square-Dance the Heavy Metal fan gets to know the lovely Sjöfn (Ilmur Kristjansdóttir), who seems to like him for unknown reasons. But the encounters with Hera and Sjöfn also hold some unpleasant surprises in store, forcing Fúsi to finally break out of his comfort zone if he doesn't want to remain the strange loner all his life&.hellip;

After a break of more than five years director Dagur Kári Pétursson ("A Good Heart") returns with "Virgin Mountain". The story of an outsider filled with laconic wit and melancholy is one of those films in which you never know whether to laugh or cry. With extreme slowness Fúsi lowers his carefully constructed shield and dares out of the safe rut of normality into a life that doesn't really seem to be better. New friendships do not only bring feelings of happiness, but also hostility, disappointment and humiliating suspicions. For every small experience of success for which one is happy as a spectator with the good-natured bear, there is a moment of deep sadness and disillusionment that follows shortly afterwards.

The film draws its tension - if you can call it that at all with such slowness - from the question of whether Fúsi withdraws back into his snail shell, or whether he emerges stronger from the setbacks. Leading actor Gunnar Jónsson makes Fúsi an extremely lovable Kautz to whom you wish all the luck on earth. Nevertheless, his path to happiness is very bulky and too artificial to appeal to a wider audience. If you like small, laconic tragicomedies from the far north, you will certainly find the film appealing. There are many small moments, which are simply enchanting, very original and also moving. But you have to have a soft spot for this kind of storytelling in order to be carried away by the sad mood and the tiring tempo.

Whoever succeeds in this will quickly take Fúsi to his heart and will be feverishly excited until the end whether he remains a mother's boy or finally makes the leap into his own life. That's something to be highly credited for films like this beyond the mainstream: their outcome - unlike Hollywood productions, for example - is not really predictable. And so, in the end, it is also worth seeing for a small niche audience. For all others but not more than a charming sleep aid.