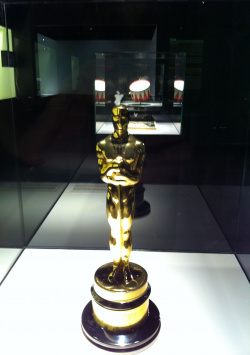 The German Film Museum has Birthday! June 7 marks the 30th anniversary of the founding of the company. Nearly five million visitors have come to the Haus am Schaumainkai since 1984 to enjoy important works of film history on the big screen and in the original in the in-house cinema, to understand the history of cinematography in the permanent exhibition and to visit the special exhibitions.

The Film Museum opened on 7 June 1984 with a laser show, prominent guests such as former Federal President Walter Scheel, Alexander Kluge and Volker Schlöndorff, and a special exhibition on holography, which at the time seemed to have a promising future, as well as with a special exhibition on the future of holography. The founding of the German Film Museum was made possible by the commitment of many film lovers to the municipal cinema in Frankfurt and by the initiative of Hilmar Hoffmann, then Head of the Department of Culture. In 1976 and 1981, the City of Frankfurt had purchased the historical film holdings of the enthusiastic collector Paul Sauerländer. The collection of 1300 film copies, 2000 film posters, 7000 photos, numerous historical film equipment and much more was not to be stored exclusively in archives, but made accessible to the public. Walter Schobert, then director of the Kommunales Kinos, had already organized several exhibitions at the Historisches Museum with his staff and in 1976 was already considering setting up a permanent exhibition on the subject of film. The synergies of these different initiatives eventually led to the city's decision to establish the German Film Museum. For 16.4 million marks, a Wilhelminian-style villa on Schaumainkai was architecturally redesigned to accommodate the museum, a public film-historical library and the municipal cinema. The museum was thus a further important step towards the Frankfurt Museumsufer, with which - according to Hilmar Hoffmann at the opening of the German Film Museum in 1984 - "Frankfurt has created a new cultural centre in two ways: the Main, which has so far cut through the city, is now becoming a bracket that holds Frankfurt's new cultural centre together in a worthy manner."

The German Film Museum had to cope with a shock in 1993: Linda Reisch, the cultural director of the city of Frankfurt at the time, intended to close the municipal cinema supported by the city. After protests of unprecedented proportions against the city's intentions, supported by Alexander Kluge, Wim Wenders, Enno Patalas and Hanna Schygulla among others, the plans were finally abandoned. The Kommunale Kino subsequently became a sponsor of the Deutsches Filmmuseum and has since operated under the name "Kino des Deutschen Filmmuseums".

Under Claudia Dillmann's leadership, the Deutsches Filmmuseum ordered a complete architectural and conceptual redesign between 2009 and 2011. The reconstruction was carried out under the motto "More space for the film": significantly larger exhibition areas with clearly and modernly structured rooms were created. The highlight: the view of the Frankfurt skyline opened up from all floors. A new concept was also needed for the permanent exhibition, which would take account of the rapid digital change, be modern and sustainable. Last but not least, the museum's educational offers had to be given more space and attention with a view to the target group of children and young people through a new museum educational centre. From 12 to 14 August 2011 the house was reopened with a three-day celebration. Stars like Maximilian Schell, Hannelore Elsner, Caroline Link and Til Schweiger walked over the red carpet. Since then, around 200,000 visitors a year have flocked to the exhibitions and the museum's own cinema to take advantage of the services offered by the museum's educational department: workshops for adults and children, holiday programmes and the popular "Open Film Studio". In the 30 years of its existence, the Deutsches Filmmuseum has organized 184 special exhibitions. In it, the house dedicated itself to the inexhaustible spectrum of themes offered by the film: Three important exhibitions dealt with post-war German film in a much-noticed way: "Between Yesterday and Tomorrow. West German Postwar Film 1946-1962" (1989), "Artur Brauner and the CCC. - Filmgeschäft und Studiogeschichte 1946-1990" (1990) and "Abschied vom Yesterday. German Federal Film of the Sixties and Seventies" (1991/92). 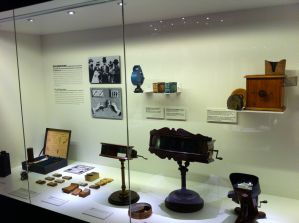 The acquisition of bequests from famous film personalities made extensive exhibition portraits possible, among others about Curd Jürgens (2000), Maria Schell (2007) and Charles Chaplin (2012). From external collections, much visited exhibitions on film greats such as Marlene Dietrich (1998), Romy Schneider (1999), Audrey Hepburn (2001) or Klaus Kinski (2001/02) were created. Other exhibitions dealt with radical upheavals in film production and projection ("Film & Computer - digital media visions", 1998), fascinating phenomena such as the Academy Awards ("And the Oscar® goes to... - 85 Jahre Bester Film", 2012/13) or important individual works such as DAS BOOT (DAS BOOT Revisited, 2006/07).

To this day, the exhibitions of the German Film Museum regularly go on journeys and inspire people all over the world. The exhibition "Stanley Kubrick" (2004) has already been on tour for ten years - from Melbourne to Paris, from Amsterdam to Los Angeles: almost 900,000 visitors worldwide have seen "Stanley Kubrick" so far, most recently in São Paulo. She is currently a guest in Krakow. A single special exhibition of the Deutsches Filmmuseum was never to be seen in its own house at Schaumainkai: in 2010 the museum was closed due to the conceptual and architectural redesign. The exhibition "Gesamtkunstwerk Expressionismus. Kunst, Film, Literatur, Theater, Tanz und Architektur 1905 - 1925" was made possible in cooperation with Mathildenhöhe in Darmstadt and in its rooms. The collaboration with this house will be continued in 2014 with two exhibitions on Surrealism, which will be shown simultaneously in Darmstadt and Frankfurt: The German Film Museum presents the exhibition "Bewusste Halluzinationen. Filmic Surrealism" from 25 June to 2 November. 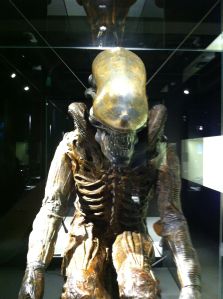