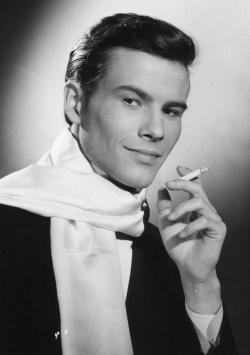 Classics & Rarities in the Cinema of the German Film Museum

Digitalization of the National Film Heritage
Film series from Wednesday, 01., to Tuesday, 28., 2010 March

Thanks to the support of the Federal Government Commissioner for Culture and the Media, numerous German film classics have been digitized in high resolution in recent years, including by the German Film Institute. In March, the cinema of the Deutsches Filmmuseum presents four important German films which are now available as digital distribution copies.

Wednesday, 01 March, 18:00. With introduction: Thomas Worschech
THE GREIFER
Germany/Great Britain 1930 R: Richard Eichberg
D: Hans Albers, Charlotte Susa, Margot Walter. 87 min. DCP
Scotland Yard chases Messer-Jack, who frightens London. In the title role Hans Albers can be seen, who in the silent movie era initially only played dubious characters in supporting roles. Only with the talkies did he become a hero actor, for which DER GREIFER is an early example. In the 1920s and 1930s, director Richard Eichberg was a central figure in German genre cinema. His melodramas and adventure films had an international level.

Saturday, March 11, 18:00, Tuesday, 14. March, 18.00 hrs
KNOWN OF THE HOCHSTAPLERS FELIX KRULL
BRD 1957 R: Kurt Hoffmann
D: Horst Buchholz, Liselotte powder, Ingrid Andree. 107 min. DCP
Kurt Hoffmann filmed in 1957 the novel by Thomas Mann, which describes the career of an ambitious good-for-nothing. Spirit, wit, charm and irony are in all the scenes. Erika Mann's collaboration on the script played a major role in this, as she continued to write the unfinished rogue novel until the end of the story and can even be seen in a supporting role. The title role was occupied by Horst Buchholz, whose international career began with this film.

Saturstag, 18. March, 18h, Tuesday, 21 March, 18h00
THE HOUSE IN MONTEVIDEO
BRD 1963 R: Helmut Käutner
D: Heinz Rühmann, Ruth Leuwerik, Paul Dahlke. 123 min. DCP
THE HOUSE IN MONTEVIDEO is Helmut Käutner's elaborate remake of the Curt-Goetz comedy from 1951, in which a virtuous father of twelve children is harassed by moral conflicts in the will of his sister, who has been rejected because of a misstep. Käutner is one of the most influential film directors in German cinema. Ruth Leuwerik, who died in early 2016, can be seen here in one of her last roles in the cinema before withdrawing from the screen and appearing only occasionally in television productions.

Tuesday, 28 March, 18:00 hrs
DANTON
Germany 1931 R: Hans Behrendt
D: Fritz Kortner, Gustaf Gründgens, G. von Wangenheim. 86 min. DCP
During the French Revolution, a dispute breaks out over the question of what to do with the deprived King Louis XVI. The radical forces around Danton prevail. After the execution of the king there is a wave of arrests and mass executions. When Danton falls in love with the aristocrat Louise Gély during a prison inspection, he makes himself vulnerable for his opponent Robespierre. Hans Behrendt's DANTON from the early days of the sound film is a high-ranking cast with Fritz Kortner and Gustaf Gründgens.