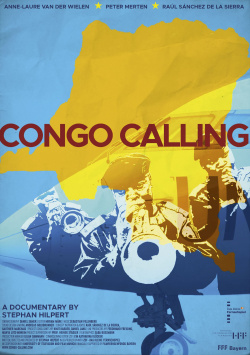 The East of the Democratic Republic of Congo is one of the poorest and most insecure regions in the world. Hundreds of Western development aid workers are on the ground and want to support the population. Among them Raul, Peter and Anne-Laure. They are highly motivated and full of visions, but their situation raises fundamental questions for them. Raul, a Spanish-French scientist, is forced to conclude that he is using the project money to seduce his colleagues into corruption and that his study on rebel groups is in danger of failing. Peter, a German development aid worker, is sent into retirement after 30 years of work, but sees no prospects for himself outside Africa. The Belgian Anne-Laure has given up her job as a development aid worker. She now works for a Congolese music festival and fights for a better future with her friend who is critical of the regime and other locals. Three personal perspectives on coexistence and cooperation between Europe and Africa - and the question: How helpful is the help of the West?

The documentary film by Stephan Hilpert will be shown in cinemas from 22 August. The filmmaker has already embarked on a cinema tour before, which will also take him to two stops in Hesse:

Whoever wants to see the award-winning documentary film in the presence of the director should not miss these dates.

You can also find out more below: https://jip-film.de/congo-calling