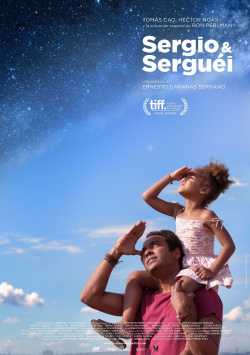 Cuba in the Film Starts on May 23

From May 23 to June 2 the only Cuban film festival in Europe will take place at Filmforum Höchst for the 23rd time.

New feature films, documentaries and short films will be screened that tell the story of today's Cuba and show the upheavals in Cuban society. Almost all new films are German and partly European premieres.

The "período especial - special period", which was a very difficult time for Cuba in the 90s, when after the collapse of the Soviet Union its support failed, forms a small focus with three films. Che Guevara, murdered 50 years ago, is commemorated by two documentaries, one from 1999 and a new French production.

Additionally, a series of Cuban film classics will be presented that have attracted worldwide attention: Films by Tomás Gutiérrez Alea, Pastor Vega or Santiago Alvarez Documentaries about Vietnam from the end of the 60s, which have gone down in documentary film history through their poetic and aesthetic power.

All films run in the original with German or English subtitles.

At the beginning you can dance: on 23 May at 20.30 o'clock Lazara Cachao will play with your band at the Orange Peel. She comes from one of the most important families of Cuban musicians, her father co-founded the world-famous band "Buena Vista Social Club", her music combines Son, Salsa, Mambo and Jazz.

The festival will open on Thursday, 24 May at 19.00 with an exhibition of photographs by Gabriele Janku and a rum drink. This will be followed by the opening film "Sergio y Serguei", the winner of the audience prize at last year's film festival in Havana.

This year's guests are expected: Hector Noas, leading actor in the opening film "Sergio y Serguei", old master Gerardo Chijona, who will present two of his films, as well as director and music aficionado Eduardo del Llano, who will introduce a documentary about heavy metal music in Cuba in addition to his latest film.

On 30 May, the 10th short film prize "Young Cuban Film" will be awarded to Rosa Mariá Rodríguez for her film "La costurera", which deals with child abuse, as part of the festival.

From the "special period" onwards, city gardens, "organopónicos", were also created on the whole island, which will be presented in a special event "Urban Gardening in Cuban" on 26 May at 15.30 hrs.

The festival was created in cooperation with the Cuba Group of the 3rd World House Frankfurt, the Cuban Film Institute ICAIC and many other partners and sponsors.