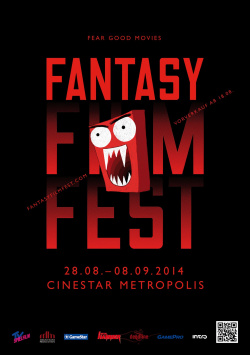 For many years now, the Fantasy Filmfest has been enjoying increasing popularity throughout Germany. No wonder, since often top-class productions from the areas of horror and fantasy are presented here, which officially only see the light of German cinemas much later or even never. The best examples from recent years were the sci-fi thriller "District 9", the outstanding thriller "The Engineer", the zombie comedy "Fido", the satirical horror "Trick r Treat", the gripping home invasion thriller "You're Next" or the cult film "Donnie Darko". Also at the 28th Fantasy Filmfest the organizers have put together a very attractive and interesting program, which you can admire again in Frankfurt at the Cinestar Metropolis.

So run from August 28th to August 08th. September US productions like "Oculus", "All Cheerleaders die", "Nurse 3D" or the premiere of the new Pierce Brosnan thriller "The November Man", but also many other interesting productions from all over the world.

One of the big highlights comes from Australia. The opening film "The Rover", which will be released in Germany on October 31 on DVD and Blu-ray, features Guy Pearce and Robert Pattinson and promises gripping entertainment. The film celebrated its acclaimed world premiere in Cannes and is now guaranteed to thrill the FFF audience. 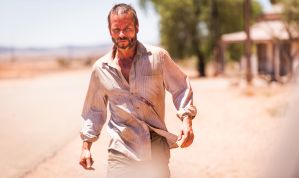 Another highlight is the New Zealand-American co-production "What we do in the Shadows", which will be released under the title "5 Zimmer Küche Sarg" in autumn. The slightly different vampire film by "Flight oft he Conchords"-star Jemaine Clement has the best conditions to become a real cult film. 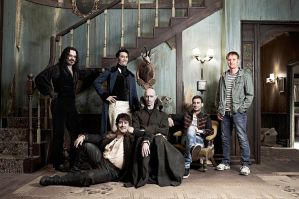 This, however, is only a small selection of the films that the Fantasy Filmfest has to offer in its 28th festival year. If you would like more information about these and the other films as well as the exact schedule, you can find these details on the Homepage of the festival.