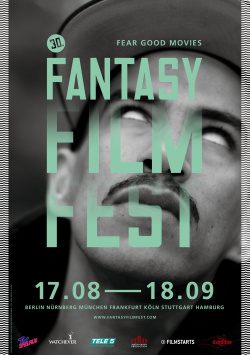 Happy Birthday, FFF! For 30 years now, the Fantasy Filmfest has enjoyed increasing popularity throughout Germany. No wonder, because a very special atmosphere is created when you see a genre film with many like-minded fans. The audience comes to the Fantasy Filmfest because of the films and not to play around with their smartphones or to chat loudly with their buddies. In addition, top-class productions from the areas of horror and fantasy are often presented here, which officially only see the light of German cinemas much later or even never. Good examples from the last fifteen years were the SciFi thriller "District 9", the outstanding thriller "The Engineer", the zombie comedy "Fido", the satirical horror "Trick r Treat", the gripping home invasion thriller "You're Next" or the cult film "Donnie Darko". Also at the 30th Fantasy Filmfest the organizers have put together a very attractive and interesting program, which can be admired again in Frankfurt in the Cinestar Metropolis.

From 01 to 11 September US productions like "Swiss Army Man" with Daniel Radcliffe, "Follow" or the trash comedy "Yoga Hosers" by Kevin Smith, but also many other interesting productions from all over the world will be running.

The film "Train to Busan", which even made it into the official programme of the Cannes Film Festival, comes from Korea, Iran sends Babak Anvari's directing debut into the race with "Under the Shadow", and comes from Italy.Deep in the Wood" by Stefano Lodovichi and also the Mexican-French co-production  "Desierto" by Jonás Cuarón is a worthy genre contribution to the popular festival. But also the horror anime "Seoul Station" or the Stephen King movie "Cell" are further highlights of this year's festival. This year there will also be the popular short films again, which are guaranteed to provide one or two surprises.

This is, however, only a small selection of the films that the Fantasy Filmfest has to offer in its 30th festival year. If you want more information about these and the other films as well as the exact schedule, you can find this information on the Homepage of the festival.