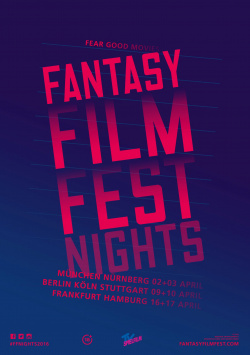 For many years the Fantasy Filmfest has been enjoying increasing popularity throughout Germany. No wonder, since often top-class productions from the areas of horror and fantasy are presented here, which officially only see the light of German cinemas much later or even never. And since the waiting time until late summer is always so unbearably long, there is also the little sister of the Fantasy Filmfest, the Fantasy Filmfest Nights. Over two days, no less than ten exciting genre premieres will be presented at CineStar Metropolis, which are guaranteed to ensure full cinemas again. The highlights of the short festival in 2016 will undoubtedly include the festival favourite "The Witch", "Green Room" with patrick Stewart and Anton Yelchin or "High-Rise" by Ben Wheatley. But also the Danish zombie film "German AngstWhat We Become" and the babysitter horror "Emelie" will make sure that the Fantasy Filmfest Nights 2016 will be a full success again. Genrefans are guaranteed to get their money's worth!

Whoever wants more information about these films and the exact schedule, will find this information on the Homepage of the festival.