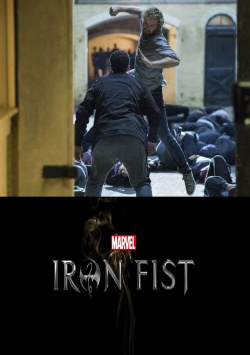 With the MARVEL series JESSICA JONES and DAREDEVIL the NETFLIX streaming service has established itself as a provider of high-quality in-house productions. These two series were characterized by the fact that they brought the MARVEL universe to a relatively realistic level and used fantasy elements very sparingly. Strong characters and above all great villains made the first season of both series so especially good. No question: David Tennant as Kilgrave (Jessica Jones) and Vincent D'Onofrio as Wilson Fisk (Daredevil) are among the best villains of the entire MARVEL universe so far - both cinema and TV. The third MARVEL series LUKE CAGE had it a bit harder, especially as the squadron had to fight a few lengths in the middle part. Nevertheless, this series was also characterized by interesting characters and first class action.

Before Netflix sends all his MARVEL heroes together as Defenders into the fight against evil, the last superhero may join the team at the end of March: IRON FIST. The first trailer for the new series is now available:

After a plane crash, billionaire Danny Rand (Finn Jones) was considered missing for 15 years - now he unexpectedly returns to New York City. In order to start his family legacy, he has to deal with his past. At the same time a sinister enemy rises in the city, which Rand has to face as Iron Fist.

The trailer looks good, but also a little bit ordinary. The story is strongly reminiscent of ARROW from the competing DC universe. But even if the spark does not yet jump over 100%, one can confidently assume that Netflix will again deliver first-class entertainment here. The series also shortens the waiting time for the DEFENDERS in autumn, which will enable the long-awaited reunion with Jessica Jones and Daredevil!

The complete first season of MARVEL’S IRON FIST will be available on Netflix from 17 March 2017.

Marvel’s Iron Fist will be produced as Netflix Original in collaboration with Marvel Television, ABC Studios and Walt Disney Television.