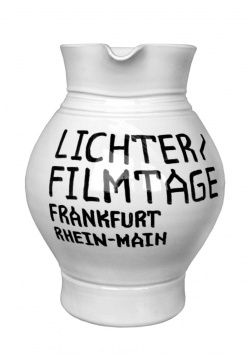 From Lukas to Lights, from local to international: Frankfurt hosts a number of film festivals throughout the year. Filmmakers, actors and film production companies are also discovering our city on the Main. "The future belongs to media and film", says Lichter Festival Director Gregor Maria Schubert.

(pia) They bring Africa, Cuba, Turkey or Japan to the Main or bring Frankfurt and the region to the screens of the world. In various formats and sizes, in German, English, Turkish, Spanish, Japanese with and without subtitles. They provide insights into known and foreign worlds in black and white or in colour, as documentation or fictions and for every age group. We are talking about the numerous Frankfurt film festivals that have written a success story in recent years and repeatedly offer audiences the opportunity to see films in Frankfurt that perhaps cannot be distributed and thus do not flicker across the screens of the world or even Germany. If you take all the Frankfurt festivals together, then the number of films beats the number of films shown at the Berlinale. A further plus for Frankfurt: here filmmakers and film fans can indulge in the beautiful feeling several times a year, which means that after the festival is before the festival. Ralph Förg of the Filmhaus Frankfurt knows that around 45,000 spectators now visit the numerous festivals every year. If you add the film shoots - Frankfurt with its skyline is very popular there - filmmakers, actors, film production companies, film museum and the diverse cinema landscape, then you can say that Frankfurt is becoming more and more a film city.

The Lights Film Festival, which is the platform for cinema in the Rhine-Main region, starts for the eighth time on March 19. This year, director, author and film producer Volker Schlöndorff is the patron of the festival. At Lichter, films by Frankfurt filmmakers, films shot in Frankfurt or films (co)produced with Hessian support will be shown in various cinemas in the city until 24 March. In 2008 it started in the Atelier Frankfurt with an improvised cinema space and about 3,300 visitors. But a lot has happened since then and the festival has grown steadily. In 2012 it attracted around 7,000 visitors. But the festival has also grown in terms of content, as Gregor Schubert, Festival Director for Lights and co-founder, says: "With the presentation of a top-class international film series, we have expanded the festival's focus. With formats such as the Lichter Art Award, we have managed to get other filmmakers interested in the festival as well. Lichter has developed from a pure film festival to a cross-genre cultural festival." In addition to the extensive supporting programme for the festival focus "City" with discussions and debates, guests and cooperation partners, Schubert is particularly pleased about an innovation this year: the premiere of Lichter Streetview. "With this project, we are bringing moving image projections by remarkable media artists right into the heart of the city, onto the Roßmarkt. "Streetview" reflects the digital revolution in image production and shows that today anyone, anywhere, can easily become a producer of moving images."

The largest of the Frankfurt Film Festivals is Nippon Connection. In the meantime, around 16,000 viewers travel to Frankfurt every year to see the largest Japanese film festival outside Japan. From all over the world. Nippon Connection - this year it will take place from 4 to 9 June - not only wants to show Japanese films, but also to promote the exchange between audience and filmmakers. Many directors, actors and producers present their films personally at the festival and also answer questions from the audience. The Turkish Film Festival (28 October to 3 November) - originally launched as Turkish Film Days, it was able to attract more and more fans within a very short space of time - has also met with a great response. Every year, around 6,000 people from all over the region travel to see Turkish films, German-Turkish co-productions and the stars of Turkish film. "The glamour factor is higher than at any other festival," says Ralph Förg of Filmhaus. But it is not only this that distinguishes the Turkish Film Festival, which is taking place for the 13th time this year. There is a lively exchange between Frankfurt and Turkey, on a municipal and economic level and also between young people. The organizer of the film festival, the association Transfer zwischen den Kulturen, with its festival director Hüseyin Sitki, received last year the Integration Prize of the City of Frankfurt.

The Exceptional: Africa Alive and Cuba in the film

A differentiated picture of a continent that often appears in the media only as a continent of wars, conflicts, catastrophes and diseases can be made at Africa Alive since 1995. Every year at the end of January, the festival focuses on the social, political and artistic development of the continent. Feature films, documentaries and short films from Cuba can be seen in Cuba every year. Many of the stripes shown are European or German premieres, you can see them from 23 May to 2 June.

For the young: Lukas and Visionale

And there are also festivals for young film fans. The "longest serving" of the Frankfurt festivals is also the most traditional children's film festival in Germany: Lucas from 22 to 29 September. For the 36th time this year, sophisticated films for children aged four to twelve will be shown. And probably the most important festival for young film talents, the Visionale, has been at home in Frankfurt for a quarter of a century. The Visionale is a Hessian youth and media festival and runs from 29 November to 1 December. Here the young filmmakers learn to present their films and to make contacts in the professional scene, film and advertising industry. Förg knows: "Every year there are more films. The possibilities offered by digital technology mean that films are also becoming increasingly high-quality."

Media and film belong to the future

However, it is not only the festivals that show what role film plays in Frankfurt, as Förg vom Filmhaus explains: "The economic development agency is presenting, for example, a new website for the film, and is supporting filming. The Service Centre of the Ordnungsamt does credit to its name, and the Press and Information Office supports film productions and organises tours and meetings for foreign artists and producers during the festivals in order to initiate cooperation." And even before the first Lichter Filmfest is called Klappe for the sixth time, Schubert is sure: "Frankfurt is definitely a film city - we just have to make it better known. Many young directors live here, exciting films are made here, important films are produced here. And Frankfurt has a lively scene - with cinemas like Mal Seh'n or institutions like the Filmhaus." Nevertheless, he has one wish: "More incentives must be created so that filmmakers remain here and are supported. Media and film belong to the future, they are becoming more and more important: the region should be aware of this"