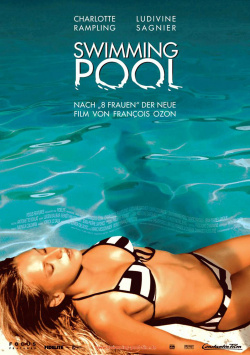 French finale at the pool in Filmforum Höchst

Women are the focus of the French films SAGE FEMME - A KISS FROM BEATRICE by Martin Provost and VICTORIA - MEN AND OTHER MISSGESCHICKE by Justine Triet.

In SAGE FEMME a midwife (Catherine Frot), whose practice is about to be closed, receives a call from her late father's extroverted ex-lover (Catherine Deneuve): She is very sceptical about a meeting, but then agrees to it. The reunion of two unconventional women is brilliantly cast with two grandes ladies of French cinema and spreads a comedic drama about the necessity of change on the screen.

The Parisian criminal lawyer VICTORIA (Virginie Efira) does not balance sovereignly but of course her profession, two children and numerous affairs and friendships. She lives a multifaceted life without having everything under control at all times, so absurdly funny situations often arise.

Both films experienced their premiere this year at big festivals. Provost's film started in the competition of the Berlinale (out of competition), Triet's film opened the "Semaine de la Critique" in Cannes.

In the summer holidays the cinema says goodbye with a very French "pool program" with three of the many films playing in front of this backdrop:

In Solveig Anspachs L´EFFET AQUATIQUE - DER EFFEKT DES WASSERS the good swimmer Samir falls in love with the swimming instructor Agathe and tries to approach her by swimming lessons. A love comedy with wonderful and tender moments, which lets reality and fiction melt into each other like water. Since its premiere in Cannes, the film has been awarded various prizes.

Low summer nights, the tingling coolness of a swimming pool - in such a stirring atmosphere LA NAISSANCE DES PIEUVRES - WATERLILIES  develops a dense drama about friendship and awakening sexuality. The synchronized swimming with the necessary graceful body control has fascinated the 15-year-old Marie - or better, the beautiful Floriane, star of the swimming group. The debut film Céline Sciamma, with which she immediately achieved her international breakthrough, is full of emotionality and follows the trials and tribulations of adolescence in its deepest passion.