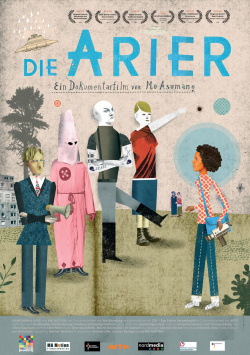 (pia) In her documentary 'The Aryans' the Afro-German Mo Asumang tries to find out what is behind the idea of the 'master man'. She goes on Nazi demos, travels to the Aryans in Iran and meets the Ku Klux Klan. On Tuesday, 12 January, 8 p.m., the Department for Integration of the City of Frankfurt will be showing the film at the International Theatre, Hanauer Landstraße 7. The entrance is free, around on-line reservation under Http://www.internationales-theater.de/ is asked.

In the connection Mo Asumang with Integrationdezernentin Nargess Eskandari Green mountain talks about their experiences, the public is invited to take part in the discussion. Natascha Kauder will present the show.

Mo Asumang became Germany's first Afro-German TV presenter in 1996. She also works as a producer, director, actress and lecturer. Most recently, she devoted herself more to the topic of racism and integration, as she herself became the victim of a racist death threat

Quelle: Press and Information Office of the City of Frankfurt