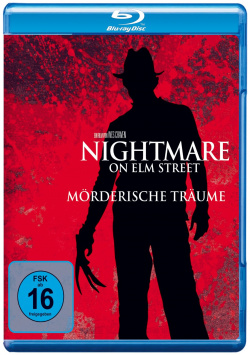 A killer who haunts his victims in a dream, a nightmarishly staged horror story and a mummy brought to life: the Late Night Cult Cinema in February at the KIno of the German Film Museum.

Friday, February 6, 22:30; Saturday, 14. February, 22:30pm
A NIGHTMARE ON ELM STREET Nightmare - Murderous Dreams
USA 1984 R: Wes Craven
D: John Saxon, Ronee Blakley, Heather Langenkamp. 92 min. Blu-ray. OF
Several teenagers discover that they have nightmares of the same figure, the scar-faced killer Freddy Krueger, an evil spirit that invades their dreams and has the power to kill them outside the dream. Although it was an original screenplay by Wes Craven, the small town milieu and the precisely drawn social world of the teenagers are strongly reminiscent of Stephen King. The achiever happening of A NIGHTMARE ON ELM STREET led to six film, a receiver ordering and a creation.

Saturday, February 7th, 22:30 pm; Friday, 27th. February, 22:30pm
INFERNO Horror infernal
Italy 1980 R: Dario Argento
D: Leigh McCloskey, Irene Miracle, Sacha Pitoëff. 107 min. Blu-ray. OF
Susy Bannion, a young US-American, comes to Munich to attend a dance academy and is involved in a murder case on the very first evening. With SUSPIRIA, Dario Argento finally created a new form of horror cinema: garish and synthetic in its effects, yet filled with a strong desire for style and great visual elegance. Logic and probability, on the other hand, must take a back seat, which lends this film a decidedly surreal quality.

Friday, 13 February, 22:30; Saturday, 28 February; and Saturday, 28 February. February, 22:30 pm
THE MUMMY The Mummy
USA 1932 R: Karl Freund
D: Boris Karloff, Zita Johann, David Manners. 72 min. DCP. OF
This classic is, along with BRIDE OF FRANKENSTEIN, one of the best universal horror films of the 1930s. He tells of how the mummy of the ancient Egyptian high priest Imhotep is accidentally brought back to life by an expedition team. In a young woman Imhotep believes to recognize the reincarnation of a Pharaoh's daughter he once loved. THE MUMMY was the first directorial work of cameraman Karl Freund, known especially for his work with Friedrich Wilhelm Murnau. He brought all his experiences with expressionist German cinema into this film.