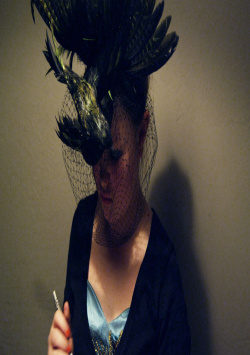 (pia) The Kinothek Asta Nielsen is taking part in the 2015 annual focus on "Respect" with a provocative and high-calibre series of events. Stop sexism." of the women's section. "Männer zeigen Filme und Frauen ihre Brüste" is the title of the film and event series as well as the title of the opening film by young director Isabell Šuba, which will be shown on Wednesday, 23 September, at 8 p.m. at Seh´n Kino.

"Karola Gramann, director of the Kinothek Asta Nielsen, once again demonstrates with this current series what she will receive the Tony Sender Prize of the City of Frankfurt for women's politics on 27 November: The targeted and skilful uncovering of sexism in the cinema, in the film business and in the cultural sector - as well as the setting in scene of female artists and their view of the world and the struggle in business", says Sarah Sorge, head of the women's department.

"The film series is a highlight of our annual theme of sexism," says Sorge. For this year's goal is to clearly name things and show what sexism is all about. "It's no accident that female directors are joining forces to address sexism in the film industry with the merger 'Pro Quote Regie'." Only three out of 23 films in this year's Berlinale competition came from female directors. Between 2009 and 2013, only every fifth film in German cinema was directed by a woman. For cinema feature films with a budget of five million euros or more, the proportion of female directors is reduced to only about ten percent. And this despite the fact that according to the 1st Diversity Report of the Federal Association of Directors, the proportion of film university graduates is 42 percent.

"The focus on the male gaze also continues in the film: Men show their view of the world, their visions, interpretations of history and stories. But this point of view is not enough for us. We intervene, discuss and create new realities and perspectives with our focus," continues Sorge.

In keeping with the theme of the year, the Women's Section will support innovative projects in 2015 that are directed against sexism. Frauendezernentin Sorge emphasizes: "Like the film and event series 'Männer zeigen Filme, Frauen ihre Brüste' all these projects draw attention to how much sexism is anchored in everyday life and what still needs to be done to create a gender-equitable world.

All information on the events and films of the Kinothek can be found at http://www.kinothek-asta-nielsen.de/programm/RESPEKT/ .Insights into the manifold projects of the women's department can be found on http://www.frankfurt.de/stoppt-sexismus .

Quelle: Press and Information Office of the City of Frankfurt am Main