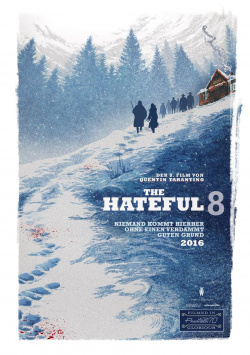 The next cinema year begins with an absolute highlight:

The long-awaited eighth film THE HATEFUL EIGHT by cult director Quentin Tarantino comes via Universum Film at 28. January 2016 on the big screen all over Germany.

As of now the German trailer for THE HATEFUL EIGHT is available!