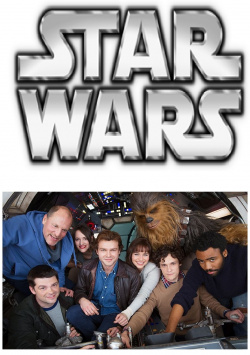 It's Time: The first flap for the STAR WARS movie about the young Han Solo has fallen. The film, directed by Phil Lord and Christopher Miller, is a real risk. Hardly anyone is as connected with his role as Harrison Ford is with that of Han Solo. Alden Ehrenreich will have a hard time meeting the high expectations of millions of fans. It should also be interesting to see to what extent the directors respond to the expectations of the fans. Will they show us how Lando Calrissian, played by Donald Glover, loses the Millennium Falcon to Han Solo? Will we see how the popular smuggler and his loyal companion Chewbacca got to know each other? Or will the film go its own, surprising way?

This much is only certain: The film will play a new hope before Star Wars: A New Hope and take a look into the adventurous past of the two most popular heroes of the galaxy. Along with Alden Ehrenreich and Donald Glover, "Game of Thrones" star Emilia Clarke, as well as Thandie Newton, Woody Harrelson, Phoebe Waller-Bridge and Joonas Sutamo will be seen as Chewbacca.

The directors say about their cast and their crew: "There is nothing better than to come together with such creative and unique people from all over the world to create art together. We are very moved and happy."

The script was written by Lawrence and Jon Kasdan. The new film will be produced by Kathleen Kennedy, Allison Shearmur and Simon Emanuel, co-produced by Kiri Hart, Susan Towner and Will Allegra. As executive producers, Lawrence Kasdan and Jason McGatlin are responsible.

The so far untitled Han Solo Star Wars Story starts on May 24, 2018 in German cinemas.

May the power be with you.

All information about STAR WARS can be found here: Www.facebook.com/StarWars.de