Climate, waste and air: What can I do for the environment in Frankfurt 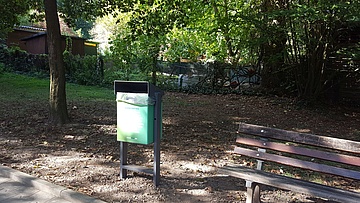 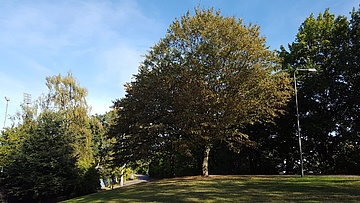 It's Friday again. It's climate strike day. The excitement of the week has shown that the climate is already scratching at our own front door. Just now, Hessischer Rundfunk and the venerable Frankfurter Allgemeine were slapping each other on the ears for it. What happened?

Students of a high school in Sachsenhausen want to cruise in the Baltic Sea on a class trip.

Because everyone was suddenly talking about the climate, those involved got a good scolding, because such a cruise ship is not considered particularly environmentally friendly.

Both media represented opposing opinions. But the debate shows: Climate is no longer abstract. It is also no longer about burning trees in Brazil, but about our decisions in everyday life.

Climate concerns us all.

Finds also the city of Frankfurt. Finds also my circle of friends, with whom I thought yesterday about what each of us can do for a cleaner and better environment.

We also talked about the importance of exchanging ideas in order to change something with small steps.

I brought along our ideas and hope for more suggestions from you. You can also read here today what else is going on in Frankfurt this weekend and in autumn when it comes to climate protection.

Of course, these are all activities that thrive on our participation. Do it yourself, is the motto.

Five tips - What can I do myself for a better climate and a cleaner environment?

&middot; Leave the car more often, use bus and bike. Does it have to be the taxi?

&middot; Take the train instead of flying within Germany.

&middot; Washing hair with soap instead of regular shampoo. (My acquaintances with fancy hairstyles swear their hair gets clean anyway. Of course, because I like the idea so much, I gave both ladies a close inspection. Their hair looked 1a well-groomed.)

&middot; Deposit enough shopping bags in all possible places, in the laptop, in the car, in the bike basket, in the backpack, etc.)

&middot; Don't buy shrink-wrapped fruit at the supermarket. Use a small bag to put loose fruit in.

So like I said, be sure to write us about what you're doing in small ways to be more environmentally friendly!

Now if you're wondering what else he or she can do, I have the following ideas for you:

Keep the climate in the conversation

To stop us getting used to Friday demonstrations, the student movement is coming up with something new!

A whole week will be spent in action: Discussion rounds, films and lectures on everything that concerns the climate: agriculture, factory farming, traffic, mobility - everything that makes our lives in Frankfurt just so.

The committed boys do not shy away from hot potatoes: preserving Frankfurt's green lungs means not concreting over the area with new residential quarters.

You'll notice: Suddenly, we're right in the middle of our everyday lives.

The climate is indeed local.

When the city forest runs out of air

The fact that we mostly feel comfortable in Frankfurt is also due to the city forest. How? As a "climate machine" it cools down the hot air in summer and produces oxygen.

In order for the forest to do its job, there just has to be stupidly enough of it. And - you guessed it, once again the hot summer has been extremely hard on many trees.

Many have already had to be felled as a result, many more than in previous years.

Others are marked by drought damage and have to fight with pests such as the bark beetle or with fungal diseases.

To save the city forest, the Frankfurt Environment Department Rosemarie Heilig now calls for a joint donation and planting campaign in the city forest.

&middot; Save the Urban Forest

The planting event is scheduled for Sunday, November 24. November, from 10 a.m. to 4 p.m. "Because of the current drought and in hopes that we will get some heavy rain in the fall, we have scheduled our planting day for late November. The rain increases the chances for the trees to grow well," says the department head.

The planting will take place near the Carl-von-Weinberg Park.

For five euros per tree, about 4000 small oaks, beeches and sweet chestnuts could be planted.

Willing helpers should arrive with sturdy shoes, weatherproof clothing also quiet with their own spade.
Who wants to donate, the details can be found directly at the green space office, which I have linked you below. There you can also sign up for planting!

Less waste with the #mainbecher

Less waste, still to go: that allows the city's own multiple cup, which is now available. How it's supposed to work?

As a deposit system. How exactly this works you can read in the detailed report here of course on Frankfurt-Tipp.de

But I want to reveal so much already: What I like about the cup is that it is compostable, made entirely from renewable resources and produced in the region.

Among others, the cup can already be found in the Caf&eacute; in the Günthersburgpark, in the Hessen department store on Berger Straße, in the Kleiner Kiosk in the Gutleutviertel and quite often in the city center like in the popular Margarethe in Braubachstraße.

Go here for the Caf&eacute;map.

Clean City for All

You probably noticed the hashtag #cleanffm on the new trash cans?

Anyway, this city-owned initiative to combat Frankfurt's littering is organizing the cleanup this Saturday.

Then is namely "World Clean up Day".

More than 750 of us residents have already signed up and promised to free this Saturday, parks and green spaces from all our waste.

Also short notice are welcome. Meeting place: iron footbridge, 11 o'clock. From there, the cleaning squad will set off in the direction of Hafenpark

So there's plenty to do. Let's get it done! Have you guys participated in these environmental actions yet? Have you discovered the new deposit cup yet? Where?

Sign up to plant trees: Save the Urban Forest

send by e-mail
print
The Alte Gasse - Is this Frankfurt's most exciting street?
Book Fair and Van Gogh - Frankfurt? Capital of Culture!