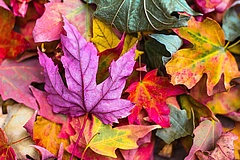 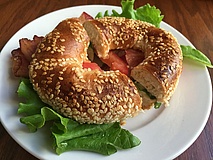 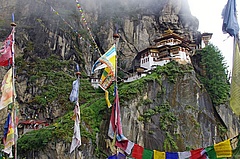 Autumn is briskly underway, leaves on the side of the road are as much a testament to that as the changeable weather and the switch to wintertime. But for me, there's no such thing as autumn depression since I've gotten into the habit of discovering special things in this supposedly gray month.

Today I'll tell you which events in Hesse and Frankfurt are opening up a new world for me.

First of all, there are the Jewish Culture Weeks - the Jewish community in Frankfurt is an enrichment without equal.

How Jewish life shows up in the city throughout the year, I already told you a year ago in the post "Dance, Film and Music".

Intense experiences are promised by the Jewish Cultural Weeks. Because since its inception some 30 years ago, we can experience the diversity of Jewish culture in Frankfurt.

This year, Canadian rappers and Polish-Jewish-New York delights, among others, are included - rousing and surprising experiences guaranteed!

The literary and musical program is then dedicated to remembrance on November 9 with survivors of the Shoa. (On the traces of the 9.November in Frankfurt's Ostend leads a separate guided tour of the Jewish Museum.)

In addition to the moving, visitors can also expect the inspiring and unexpected until November 17. Jewish Culture Weeks is a date I always mark red on my calendar, so as not to miss it at any cost.

If it were up to me, it should be Jewish Culture Week all year round. Above all, I would like to see a proper Jewish Caf&eacute; like the one I already discovered in Berlin. Well, what is not, can still be one day here on the Main.

My personal highlight: Above all, the immersion in Jewish-American baking culture - as it will be experienced in the Schirn.

You can find all the dates and opportunity to register for the events here.

However, I'm also already sitting on the sofa in November making travel plans. After all, my dog is originally from the Himalayas or Tibet, so I've discovered a new area this year. Rugged mountains, harsh climate - that area is both foreign and fascinating.

After poring through about every coffee table book available to borrow about the Himalayas at the public library, I'm excited about the opportunity to learn even more about the area.

How? At the National Geographic's all-day travel festival. Hellooo?

That's some house. Anyone familiar with National Geographic's wonderful magazines knows about the excellent quality of the writing and pictures.

For more than 100 years, the American company has been bringing us closer to the world and its geography - photojournalists and other professionals let us share their experiences up close: the endangered jungle worlds, the diverse wildlife of Africa, and the peaks and gods of the Himalayas.

Fall is going to be an adventure, don't you think? What beautiful things are you planning this month?

send by e-mail
print
What is special about Frankfurt?
November Lust - With Golden Flair, Thick Pee Trees and Fun ..