Off to the city forest 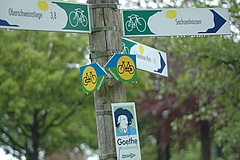 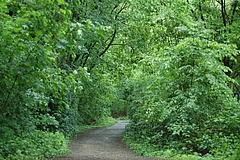 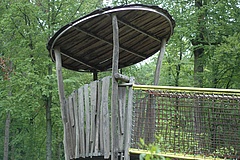 „How wonderful nature shines to me“, Johann Wolfgang von Goethe enthused in his poem about May. Even if it rains currently, a walk through the city forest is always pure pleasure.

Goethe did not exaggerate when he described the radiant green. The trees outside bloom in full sap, the winter is definitely over, movement is called for.

Why? When walking, the brain gets up to speed - numerous empirical studies have long since proven this. Companies like Facebook or Amazon hold their meetings while walking, because the movement encourages creative thinking.

Didn't you ever get up from your desk, walk to the coffee machine and booze, suddenly the saving idea came? Exercise provides maximum relaxation and reduces stress.

Digital detox and simply switch off

For such short breaks in nature that calms down, Frankfurt offers ideal conditions with its many green areas: In the north the Wetterau, in the south the Stadtwald, in the east the Ried with Weihern and Wassergraben lures around Bergen-Enkheim as well as in the west the Vordertaunus with delightful ways by the apple fields.

Where can be better switched off or digitally detoxified? Who doesn't want to just relax instead of rushing from one appointment to another?

However, what is meant by nature? The racing waterfall and the encounter with wild wolves rather not. (I have just read that a wolf has settled on the border to East Hesse. Let her go her way. I'm going mine. Live and let live ;-))

As I imagine nature rather park-like landscapes or something like the city forest.

In the Sachsenhäuser Stadtwald, for example, there is the Goetheturm, surrounded by a charming children's playground, which burnt down in 2017 and is currently being rebuilt.

And the Hessischer Rundfunk presents a film about our loved spot of Frankfurt's nature undiscovered places in the woods before.

Not undiscovered, but extremely attractive is in the city forest for example also a part of the Goethe hiking trail.

Over a length of eleven kilometers the route winds its way partly through the built-up city (sights!) and then glides along the Main through the lush green city forest! I have already introduced you to more parks, gardens and monasteries in the post „lust instead of boredom“.

Where do you prefer to relax in nature?